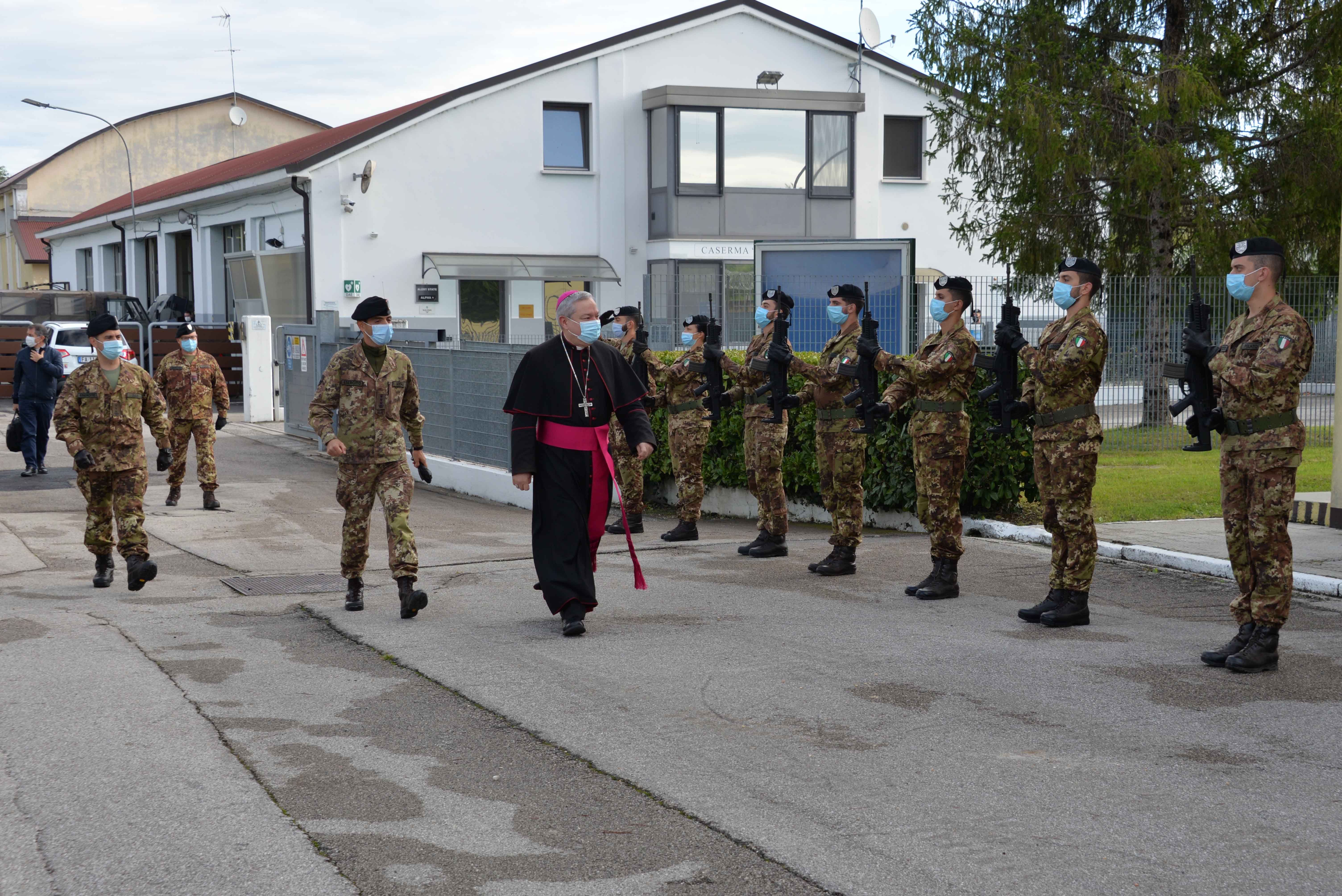 On 12 October 2020, Monsignor Santo Marcianò, Archbishop of the Military Ordinary for Italy, visited the Multinational CIMIC Group (MNCG), a joint and combined unit, a hub of excellence in civil-military cooperation.

The Monsignor, welcomed by the Commander of the unit, Colonel Luca Vitali, met the CIMIC operators, thanking them deeply for their daily work, carried out in the homeland and in particular abroad, in the crisis areas where the Armed Forces are deployed.

"I express the deep thanks of our Church of the Military Ordinary, close to you who are always at the forefront despite the concrete risks and difficulties that are not always foreseeable. You are a point of reference for the population, especially when you are employed abroad in the performance of your duties." With these words, the Monsignor addressed the staff of the MNCG.

The archbishop then continued the visit by consecrating the Multinational CIMIC Group chapel in which is kept a relic of Santa Teresa of Calcutta, donated to the MNCG by the same Monsignor, blessing the staff of the barracks "M.Fiore" and urging them to pursue the mission "... serving our brothers and sisters in need..." as the CIMIC operator's prayer states. 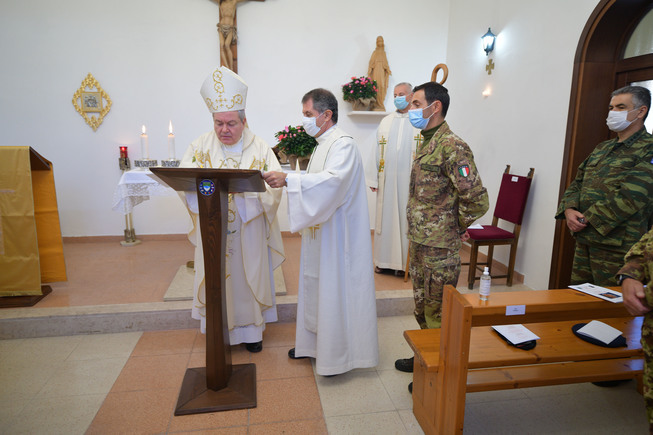 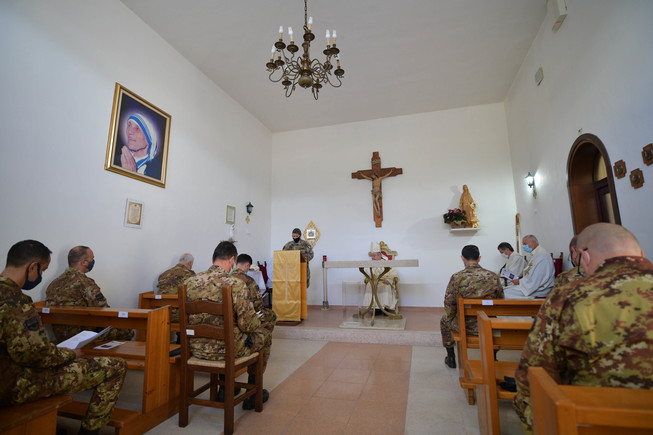 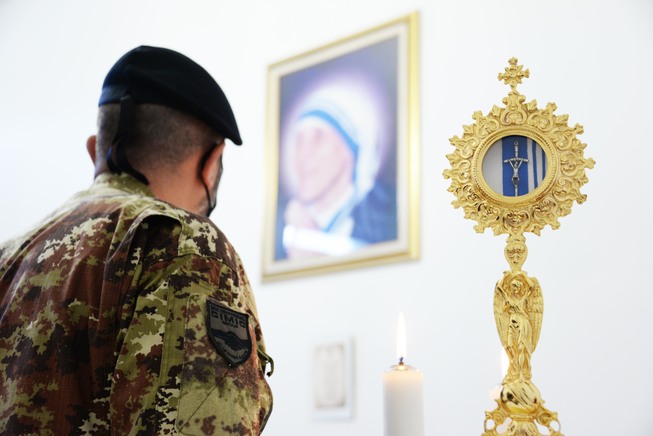 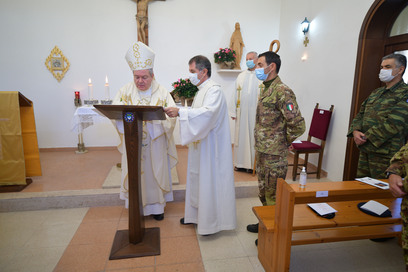 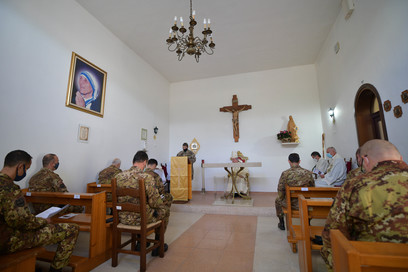 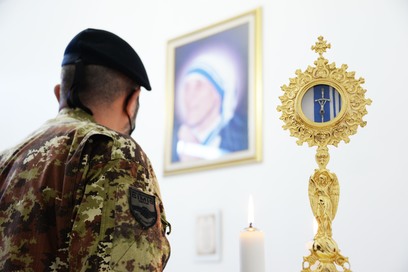