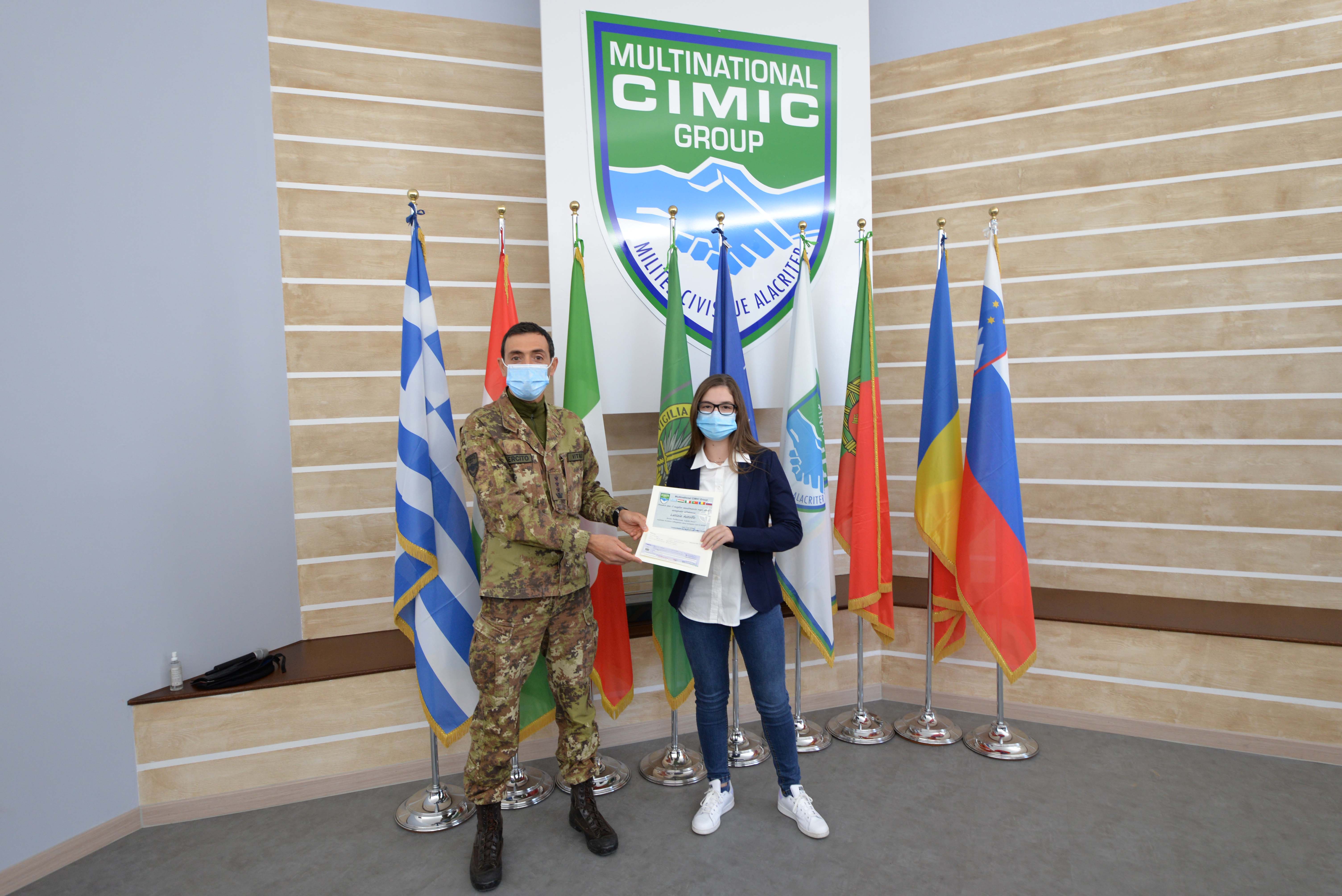 On 14th October 2020, at the "M.Fiore" Barracks in Motta di Livenza, base of the Multinational CIMIC Group, scholarships were held for three students of the "Lepido Rocco" Hotel Professional School in Pramaggiore. The scholarships were awarded to students Marika Piccinin, Federica Augusti and Letizia Astolfo, by the Commander of the MNCG, Colonel Luca Vitali who strongly promoted and supported the project to reward the school's most deserving students in the 2019/2020 school year.

The award ceremony was attended by the Mayor of Pramaggiore, Mr. Fausto Pivetta, the President of the Foundation “Lepido Rocco”, Mr. Roberto Zampieri and the School Director, Professor Nandina Ostan.

The collaboration between the institution and the school is based on several activities conducted in synergy, including the participation of students and professors of the school in the role plays that the MNCG conducts during its NATO courses, or in the morale & welfare activities that the MNCG organizes with the participation of students and staff of the hotel school. 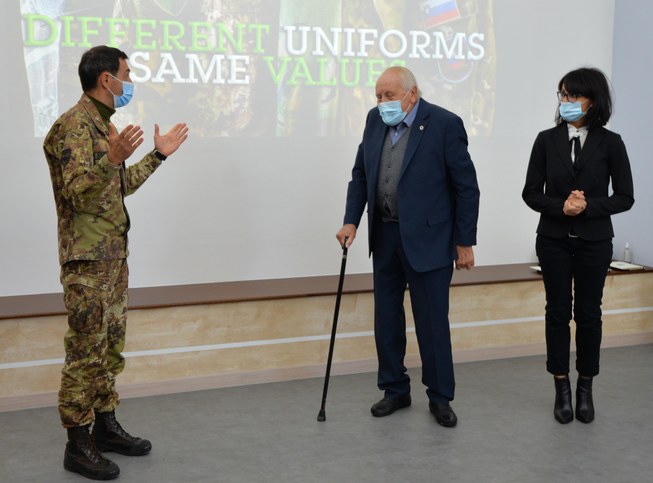 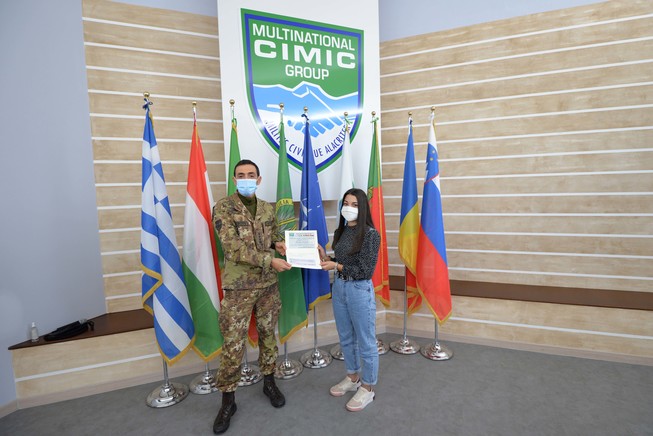 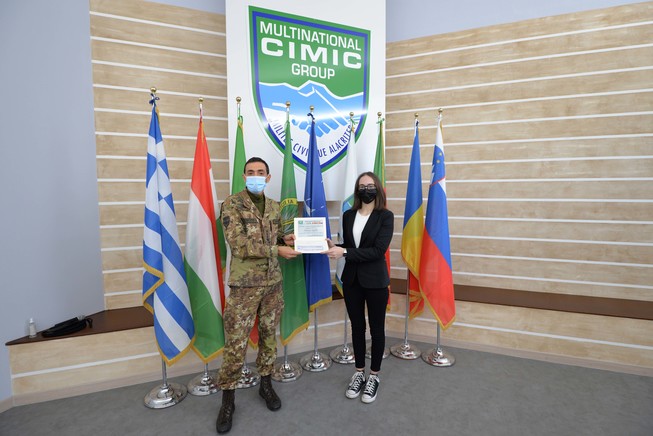 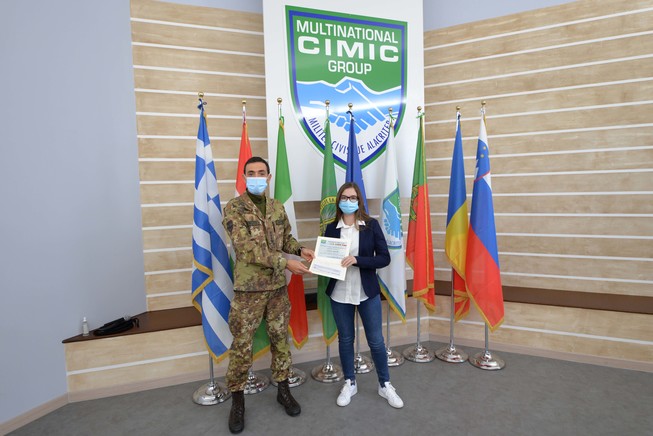 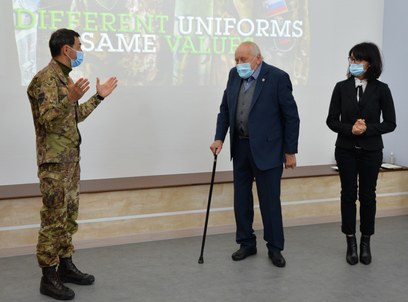 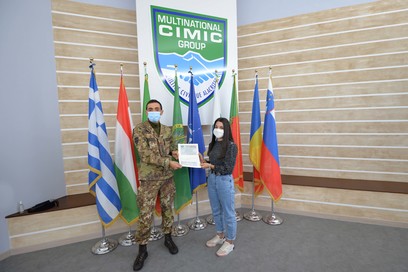 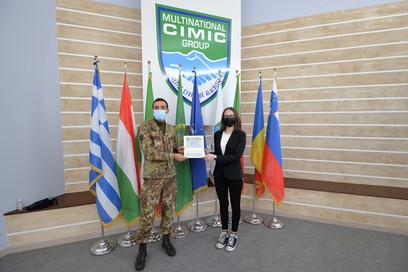 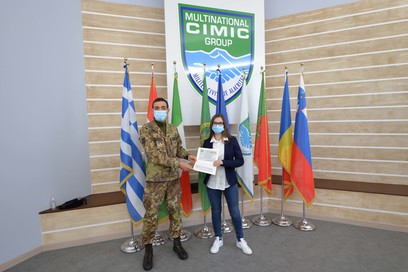