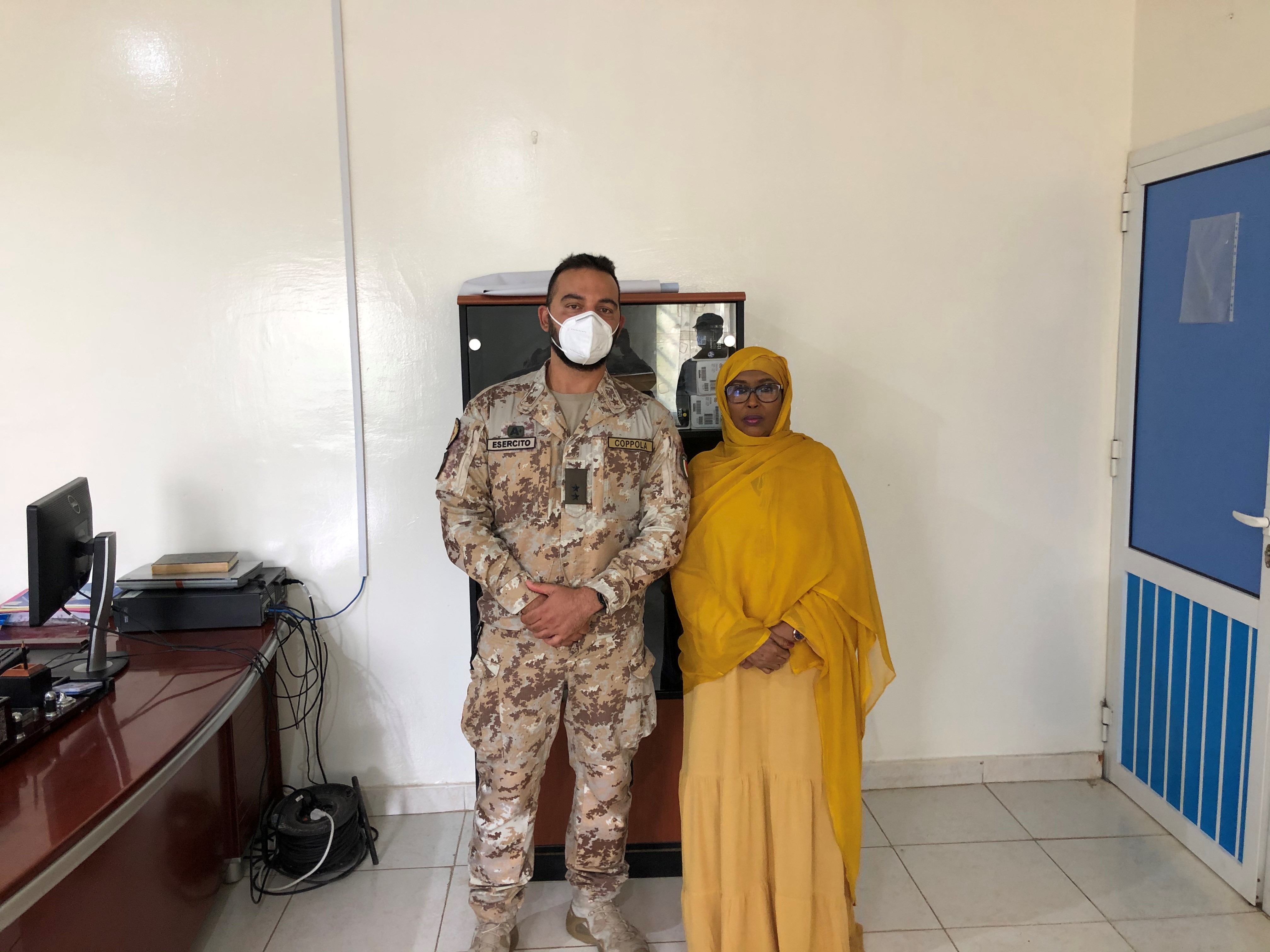 One of the core functions of CIMIC operational function is the liaison, which is the link that the operators of the Multinational CIMIC Group (MNCG) put in place with non-military actors present in a given operational scenario. This liaison activity is essential to involve the same non-military actors in the planning, organization and development of socio-economic or infrastructure projects for the benefit of the local population. The activity of liaison is also fundamental to know the civilian environment and carry out assessments, useful to minimize the impact of military activities on the civilian sphere and vice versa. In recent weeks, a meeting was held at the "Housseina" hospital between the MNCG Operators and the Director, Dr. Mako Mohamoud Ali.

The purpose of the visit was to check the condition of the infrastructure which had been partly dedicated to the isolation of COVID-19 patients in the previous months.

The centre, after a four-month closure, has been back in operation since July while the rooms used for hospitalizations of COVID-19 patients have been disinfected and restored.

The meeting took place in a serene and collaborative atmosphere and the Director thanked for the presence of the Italian Contingent and for the interest shown by the MNCG Operators.

On the same date, at the Balbalà hospital, a meeting was held with the Director, Dr. Moussa Ibrahim Sougueh.

The main purpose of the meeting was to define the details for the finalization of medical material provision in favor of the infrastructure.

The Director was satisfied with the cooperation and the agreement reached and thanked the Italian delegation for its closeness and interest towards the people and the civil administration of Djibouti.