Somalia, June 2022.
In recent days, the Multinational CIMIC Group operators located in Somalia, held a donation ceremony in favor of "De Martino" Hospital staff, in Xamar Jajab district, consisting of a portable ultrasound and an anesthesia apparatus.
The historic hospital "De Martino", is a public hospital in Mogadishu, built by Italians in the early twenties of twentieth century, and is still today, a reference point for the care of the population of Mogadishu and for the countless displaced persons - Internally Displaced Persons (IDPs) - forced by drought and famine to move to the city, find in it the minimum free care that the structure can provide.
The ceremony, held in extreme cordiality and heartfelt friendship atmosphere, was attended by De Martino Hospital Director in Mogadishu, Dr. Abdirizaq Yusuf Hirade, the troupes of Radio Mogadishu, Benadir TV and Somali National TV; in this context, the Hospital Director expressed particular gratitude for the constant attention and support from Italian staff, seen as a point of reference for the capital population and the surrounding areas. 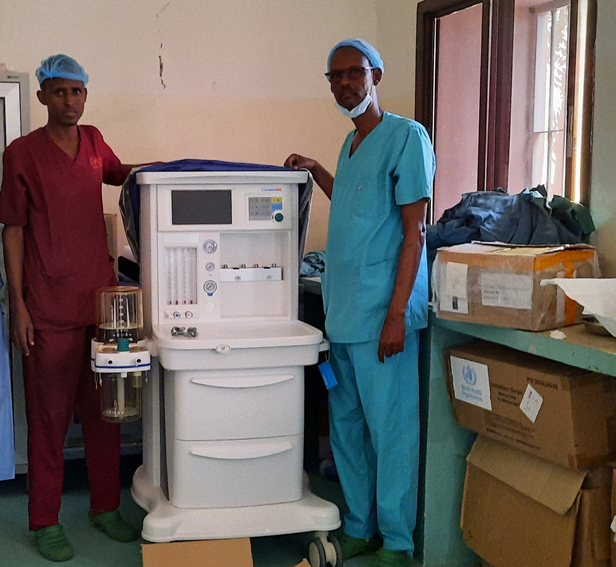