On 7th February, General Amedeo Sperotto, Commander of Land Forces Support HQ, visited the Multinational CIMIC Group (MNCG), a unit specialized in civil-military cooperation. General Sperotto, after being honored by a military parade, greeted the staff of the Multinational CIMIC Group and congratulated them for their work and professionalism demonstrated in all circumstances whether related with operations or training activities.
General Sperotto also highlighted the relevance of the role that Italy is taking in the field of civil-military cooperation  in NATO, of the operational capacity and training offer.

The high officer received a briefing related to the manning of a CIMIC Center, a structure that normally is set up in Area of Operation where the Army is deployed and it is used as a tool to interact with local population. This asset, during military operations, become the point of reference both for the civil population and the Organizations working in the Area of Operations. 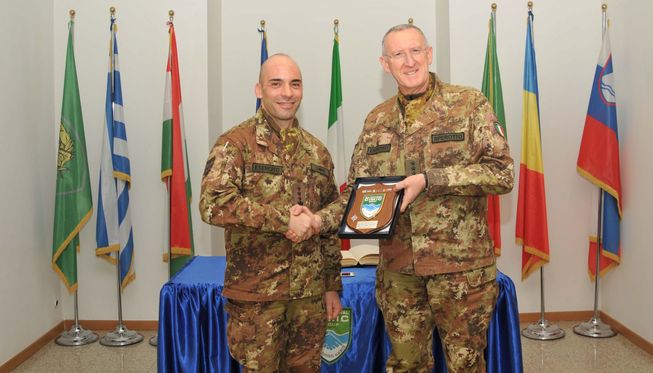 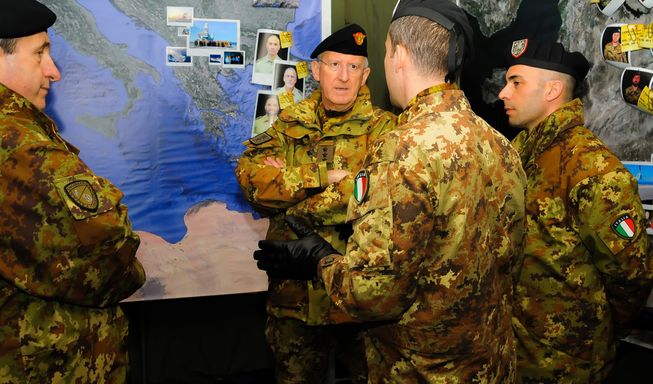 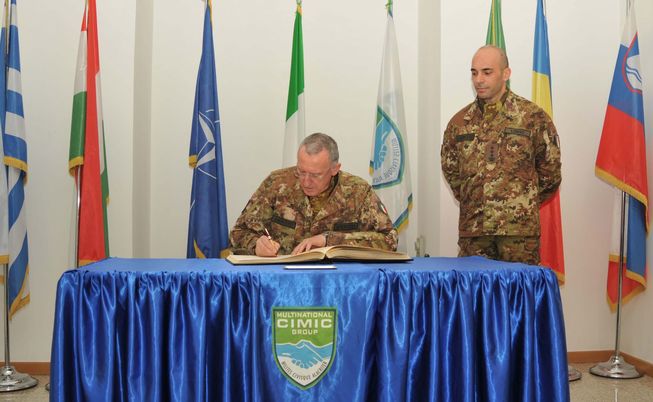 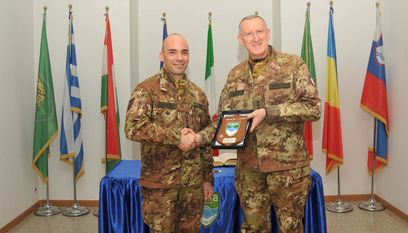 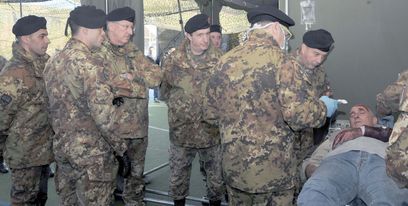 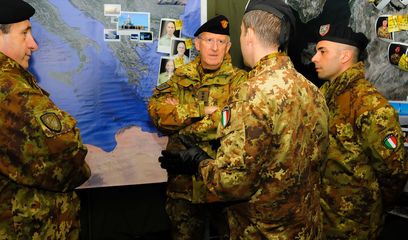 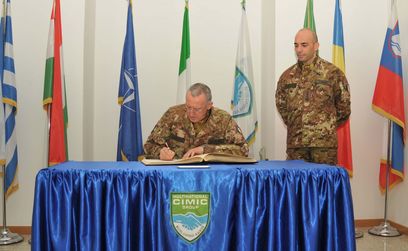