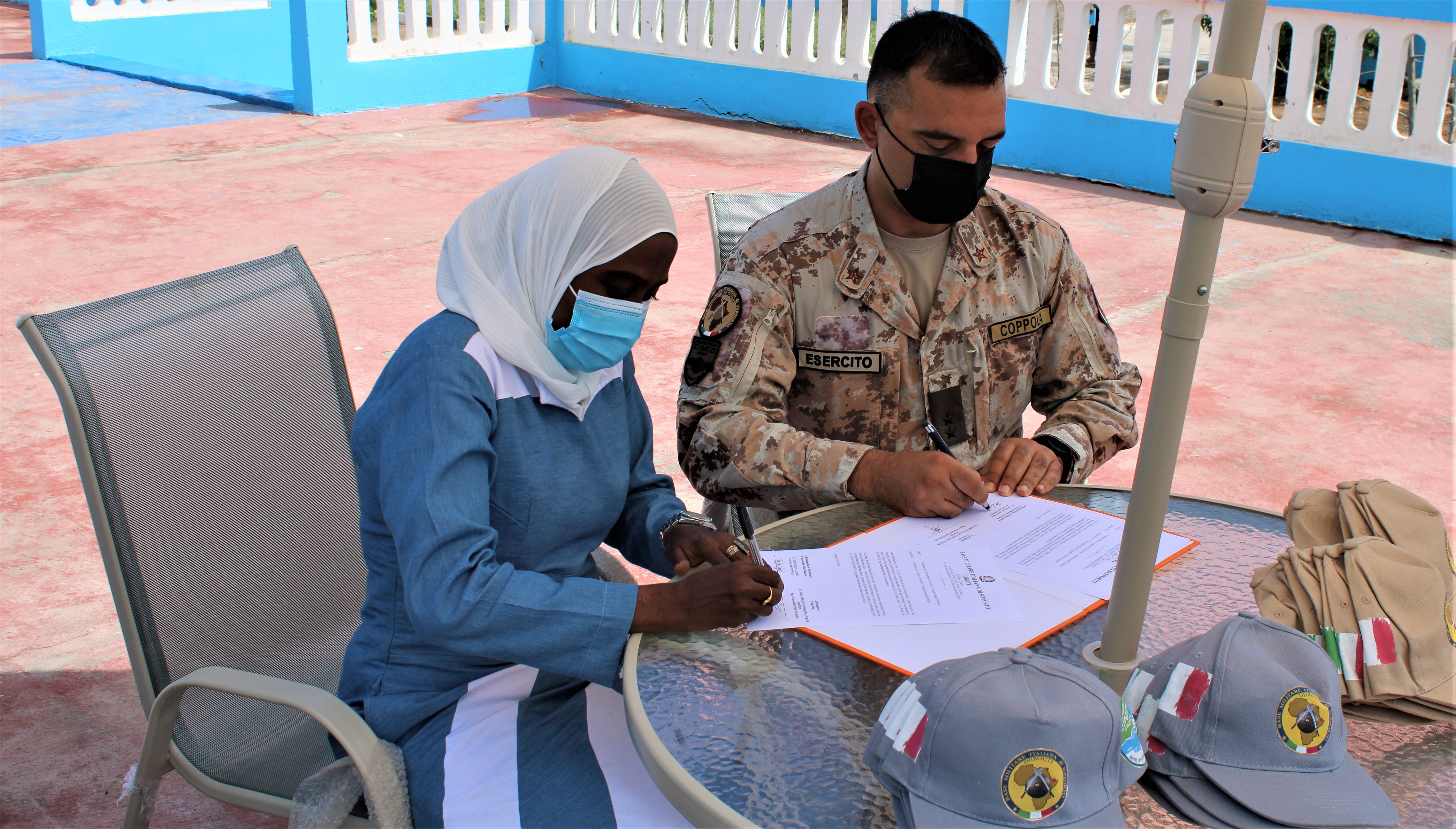 Djibuti.
In recent weeks, the CIMIC cell, as part of the Command of the Italian Military Support Base (BMIS) and composed by Multinational CIMIC Group staff, has carried out a series of liaison activities between civil actors and the military personnel of the base, which have made it possible to complete the implementation of a QIP (Quick Impact Project) that provides for the construction of outdoor showers in favor of the headquarters of the Complexe Sportif Feminin, a center in which various activities are carried out, not only sports ones, in favor of thousands of women of any age in order to make them integrate in the Djiboutian social fabric.
The ceremony was attended by several local authorities and the Deputy Secretary General of UNFD (Union Nationale des Femmes Djiboutiennes).
The event took place in a cordial atmosphere, respecting the limitations imposed by the Djiboutian Ministry of Health for personal protection and social distancing.
The Director expressed all her gratitude to the Italian Contingent thanking him for his closeness and interest in the female population of Djibouti. 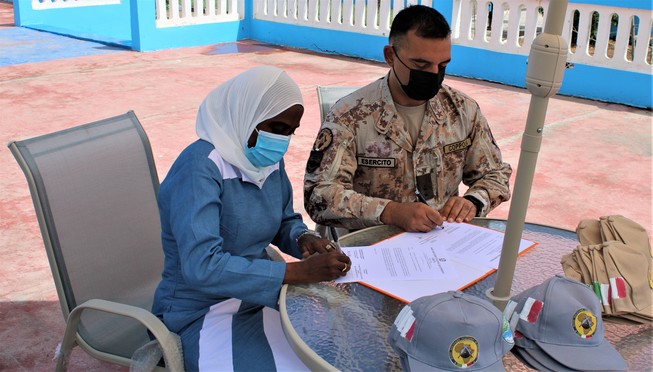 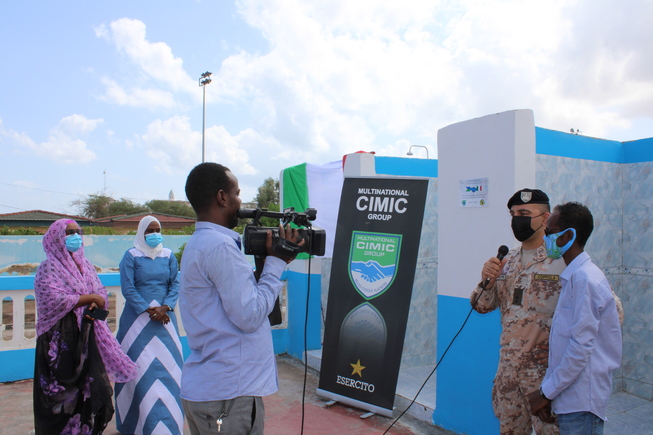 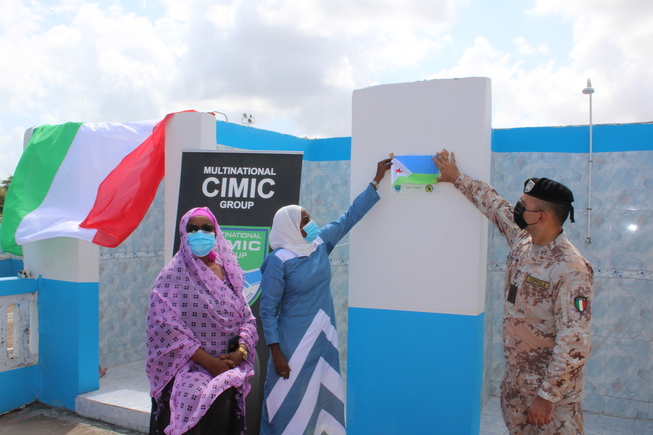 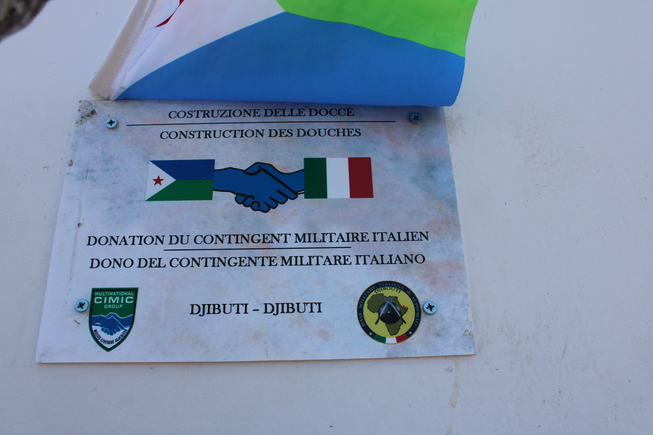 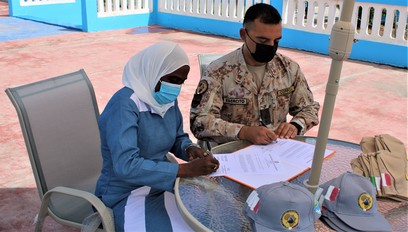 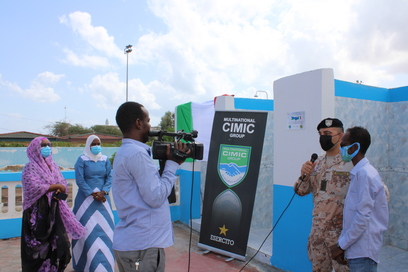 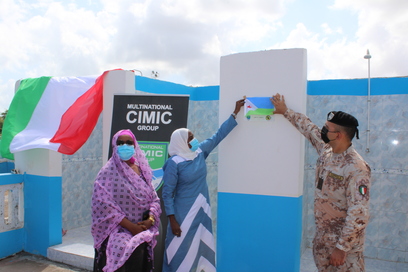 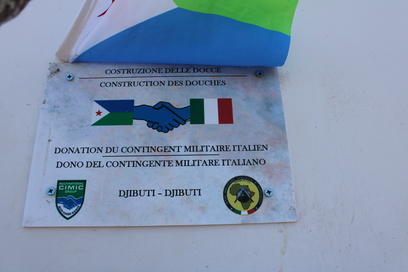