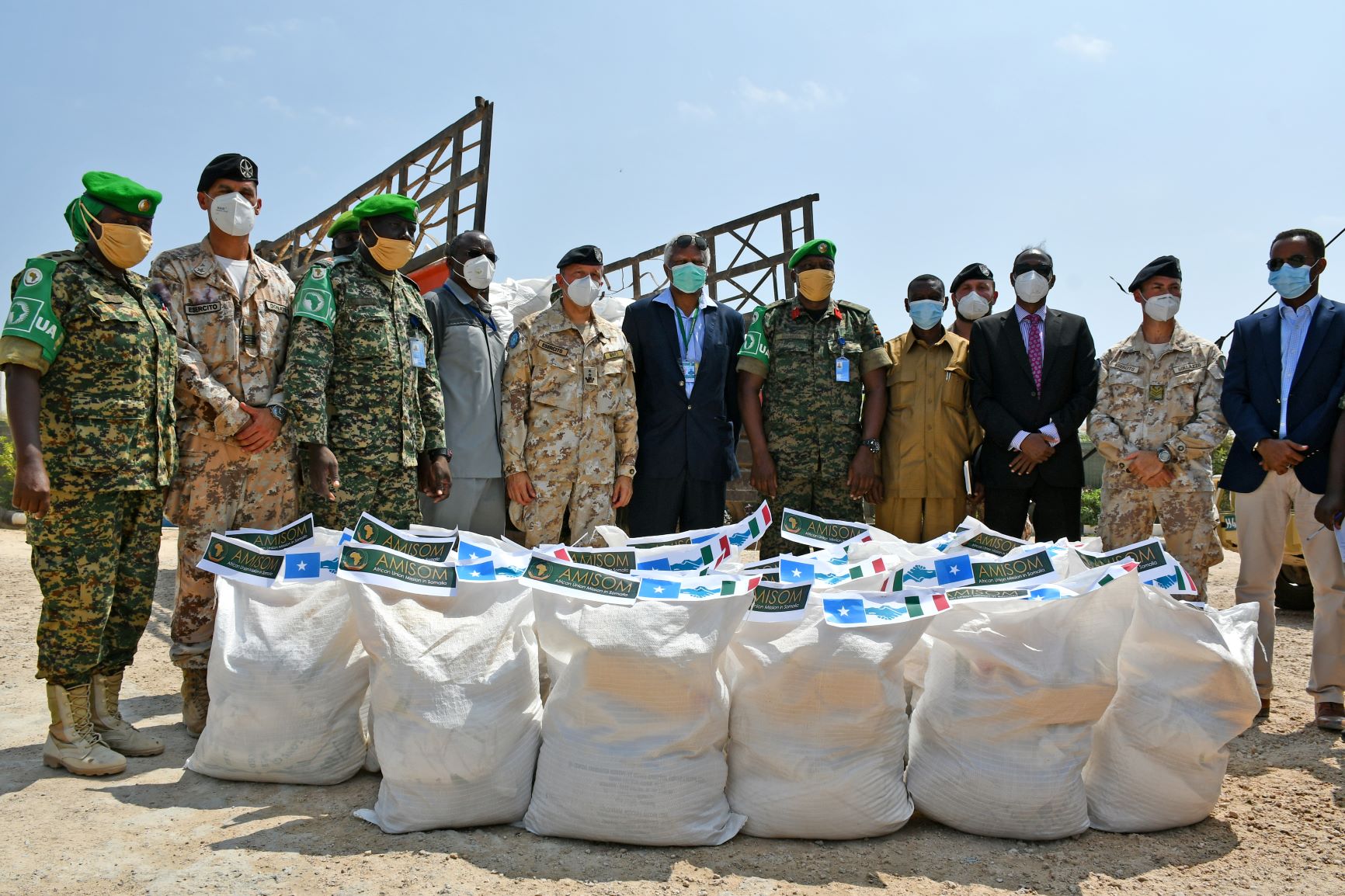 Somalia.
In recent weeks, the CIMIC team of the EUTM (European Union Training Mission) Somalia, manned by Multinational CIMIC Group (MNCG) operators, after an intense liaison activity with the African Union Mission in Somalia (AMISOM) and local authorities, has distributed, to more than one-hundred poor families in Afgoye, Southwest State of Somalia, roughly 3.5 tons of food aid.
Afgoye is a rich agricultural town located 30 km west of Mogadishu. As a result of floods, locust invasion, COVID-19 pandemic effects on businesses and drought, the locals, who are mostly farmers, have been badly affected and urgently need assistance.
The “Food Kits”, which included rice, flour, cooking oil, sugar and beans, were officially handed over for distribution, by the Italian CIMIC Team Leader, Lieutenant Colonel Matteo Mineo, to AMISOM Head of Mission Support, Maj. Gen. Fidza Dhludhlu, in a ceremony held at the Sector 1 Headquarters in Mogadishu. Local representatives from Afgoye were also witnessing the handover process which was also attended by AMISOM Senior Civil Affairs Officer Dr. Opiyo Ododa and Sector 1 Deputy Commander Col. John Winston Mugarura.
During the official ceremony, Maj. Gen. Fidza stressed the importance for AMISOM and EUTM-S to cooperate in supporting vulnerable communities during these hard times of COVID-19 pandemic, when most of their economic activities have been seriously compromised: “The items we are receiving today will be distributed through the local administration who is grateful to share this great occasion with which we look forward to working closely with,” Gen. Fidza said.
“We are really glad to work together with AMISOM and Somali authorities with the aim to guarantee an important support to the people of Somalia”, Lieutenant Colonel Mineo said. “This is not the first and most definitely not the last CIMIC project that EUTM-S will deliver in close coordination with AMISOM CIMIC. It is with a great sense of pride and gratitude that I feel part of such a successful CIMIC program of cooperation between the European and African Union military contingents in support of the local authorities and the Somali people”, he highlighted. 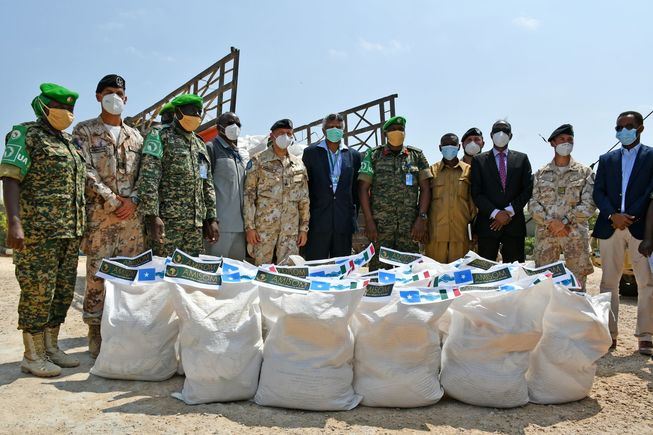 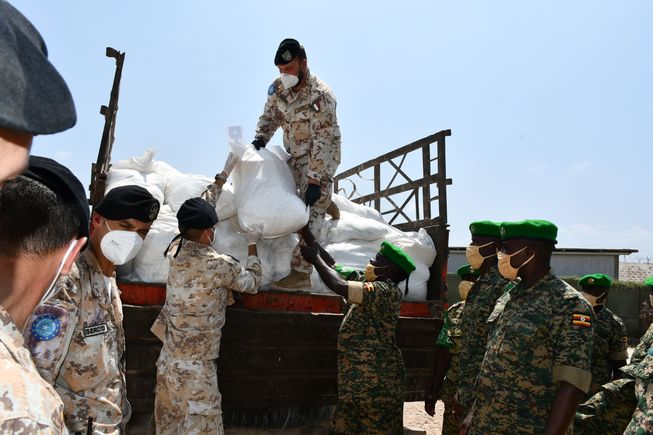 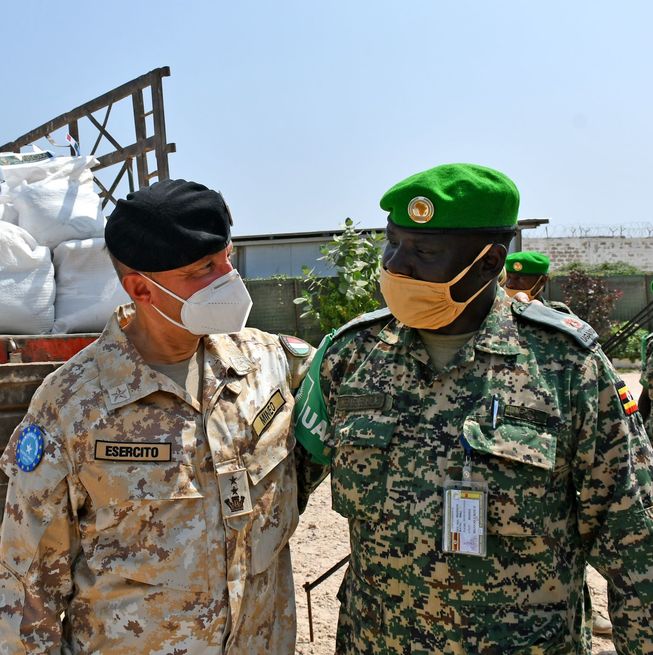 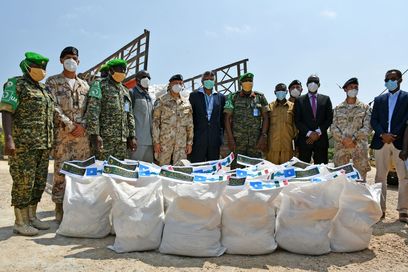 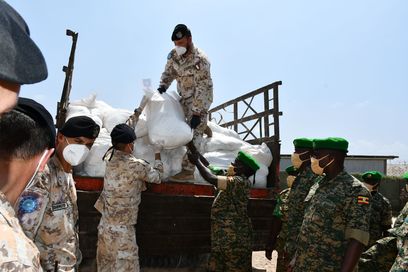 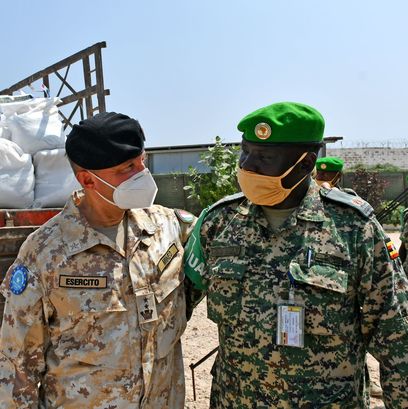