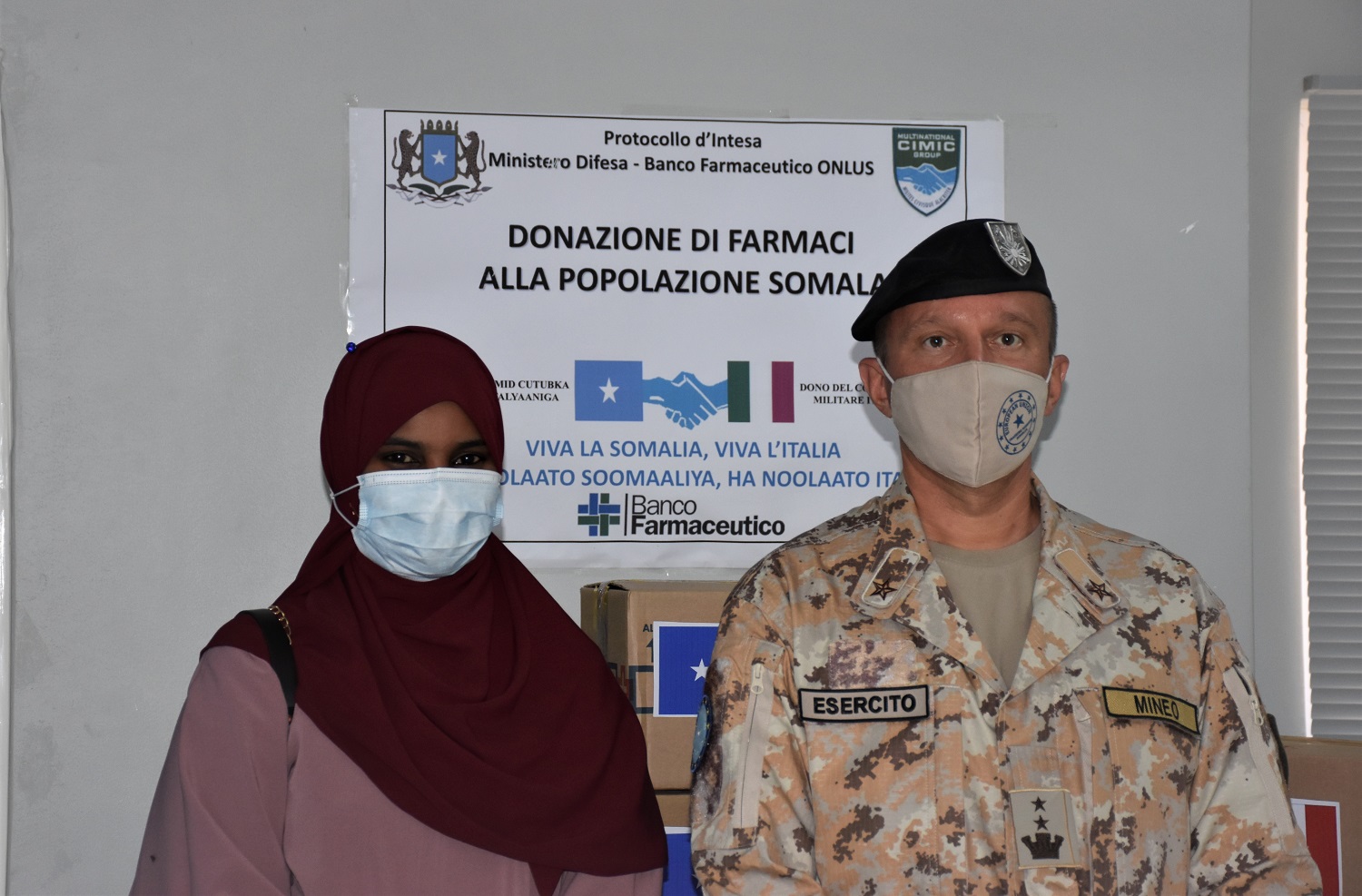 A cycle of donations has begun in favor of the MCH (Mother & Child Health Center) hospitals and clinics for the distribution of drugs by the soldiers of the Multinational CIMIC Group, as part of the EUTM-S (European Union Training Mission Somalia) contingent.

The activity is aimed at the distribution of medicines from Italy, collected and made available by the Banco Farmaceutico ONLUS foundation. The first structure to receive the donation, in the presence of the Somali Minister for Religious Affairs, was the clinic in Afgoi, a town about 30 km from Mogadishu, still threatened today by al-Shabab militias. Subsequently, the distributions continued covering all the main districts of the capital: Kaaran, Hawl Wadag, Bondhere, Yaqshid, Warta Nabada, Schingani, Xamar Jajab, Shibis, Darkeenleey, Abdi Aziz. Particular importance was given to donations to the Heliwa district, an area sadly known to the Italians of the Ibis Contingent for the clashes at the "pasta" check-point and still disputed between government forces and Islamists, and to the district of Merca, a town about one hundred km southwest of Mogadishu, reachable only by sea due to the jihadist threat.

The main donation was finally delivered, in the presence of the Somali Minister of Health, Dr. Fawziya Abikar Nur, to the De Martino hospital, the only COVID center in the capital. During the distributions, the following drugs were delivered: 14,150 packs of various types of anti-inflammatory drugs, 7,950 packs of antibiotics, 5,000 packs of medicines for the treatment of hypertension, 4,500 packs of antimicrobials / antiseptics, 1,000 packs of analgesics-antipyretics.

The donation, made possible by the Banco Farmaceutico ONLUS Foundation, stems from a collaboration agreement, ratified in 2018, between the Italian Joint Operational Command, the “Ordinariato Militare” and the Foundation itself, and included in the CIMIC activities conducted in international missions. Carried out in favor of local authorities and populations, the project aims to identify the health needs, particularly pharmacological, of the medical facilities present in the various operating theatres. The collection of drugs is carried out through the engagement of Italian pharmaceutical donor agencies and is developed through the synergistic action between the CIMIC units and the military chaplains, in collaboration with the authorities and representatives of local communities.

The head of the Italian CIMIC cell in Somalia, Lieutenant Colonel Matteo Mineo, speaking during the donation in favor of "De Martino", stressed the importance of this initiative, which aims to provide free medicines to populations living in conditions of poverty, in the crisis areas where the Italian Armed Forces work daily to guarantee security. 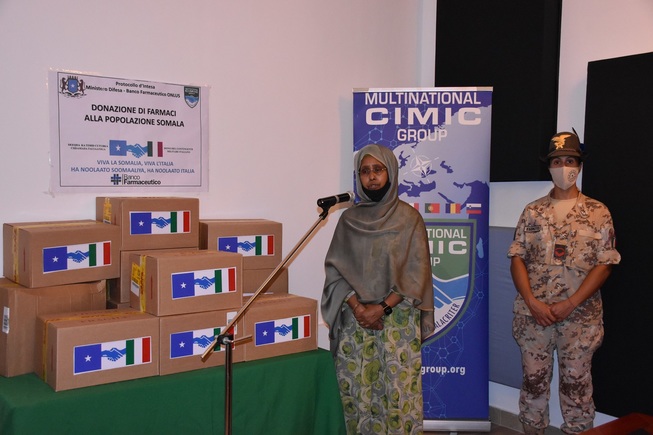 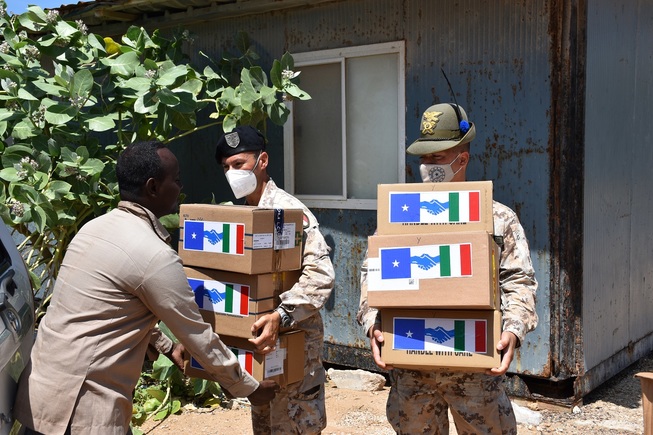 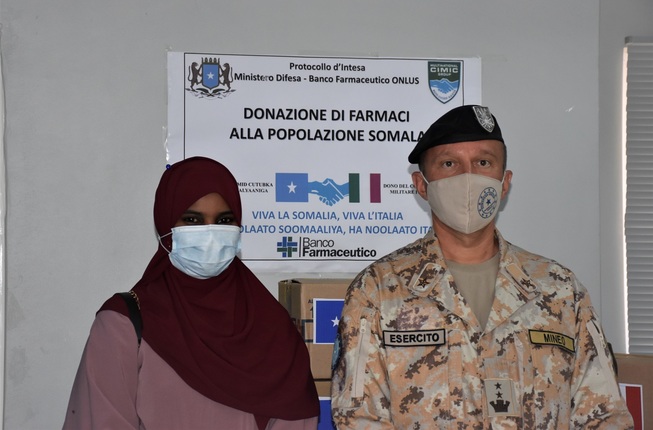 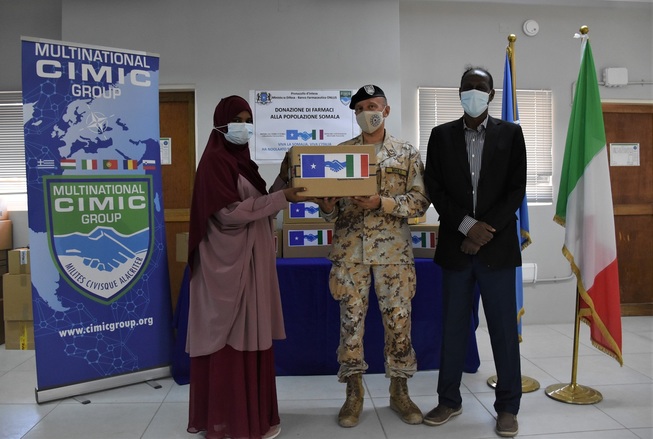 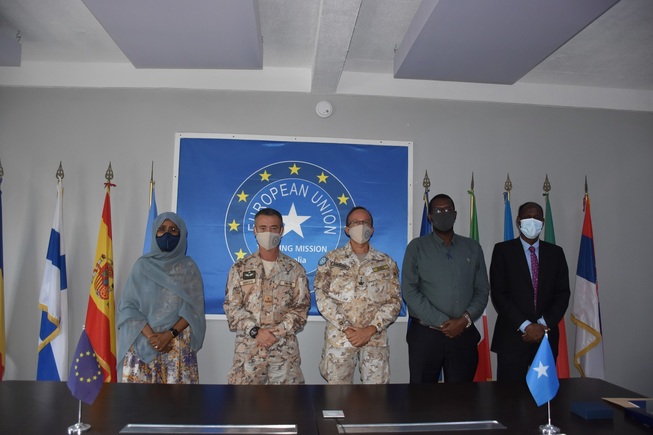 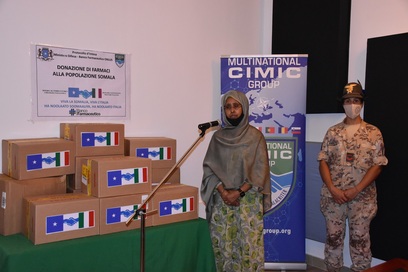 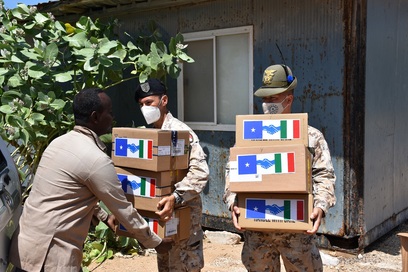 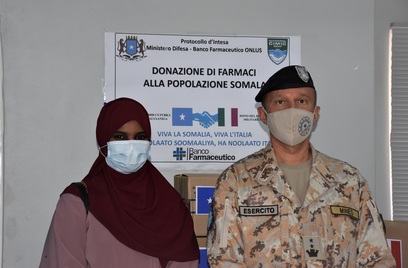 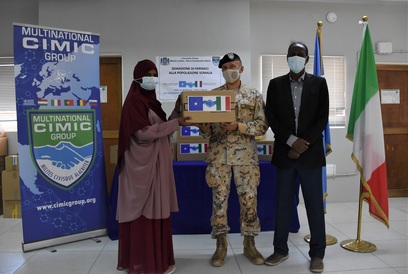 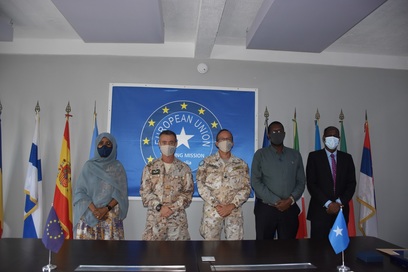