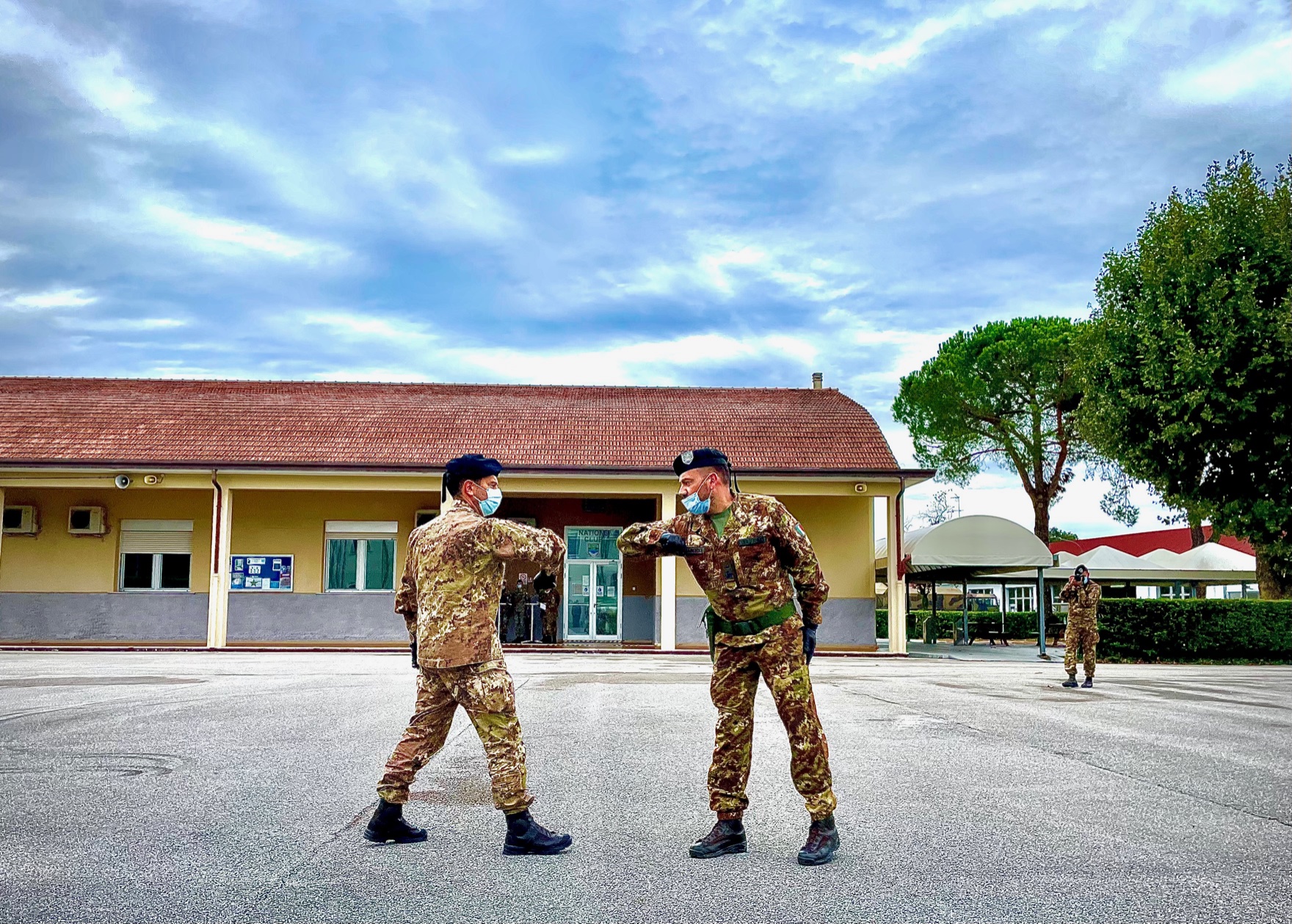 Hand over take over between OF4 Furlan and OF4 Dell’Anno

Motta di Livenza, October 07th, 2021.
On 07th October 2021, at the "Mario Fiore" barracks in Motta di Livenza, the change of battalion commander ceremony of the Multinational CIMIC Group took place between OF4 Piero Furlan and the OF4 Nicola Dell’Anno, coming from the Military School “Nunziatella”.
OF4 Furlan leaves the battalion after almost a year of command during which the unit has been intensely engaged in various activities, operational and training, in domestic and foreign contexts and specialty exercises including the Resian Endeavor, the Caldarium Effort, and the Adriatic Freedom.
In addition to the activities carried out in the international field by the battalian operators, present in various crisis areas where the Italian Armed Forces are called to operate (Niger, Djibouti, Kosovo, Lebanon, Somalia), there are, in fact, those provided in support of operation "Strade Sicure" and in support of the NATO Responce Force.
In addition, during the current year, the training activities continued unabated, allowing the promotion of new CIMIC coadjutors thanks to the 3-weeks course organized and conducted by the Battalion and who are now readily deployable for the the Atlantic Alliance and national needs.
During the ceremony, which took place in full compliance with the health provisions in force for the containment of Coronavirus contagion, the Multinational CIMIC Group Commander, Colonel Mattia Zuzzi, thanked OF4 Furlan for what he did and wished the successor to make his own act on the founding principles of the CIMIC operator: transparency, dynamism and promptness. Principles well known to OF4 Nicola Dell’Anno who has already served at the Multinational CIMIC Group from 2014 to 2018. 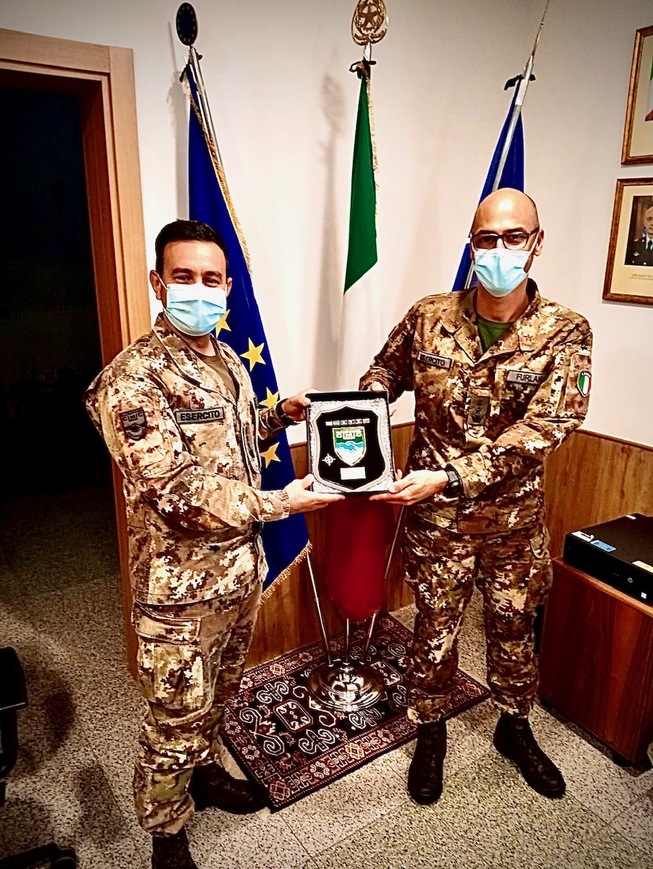 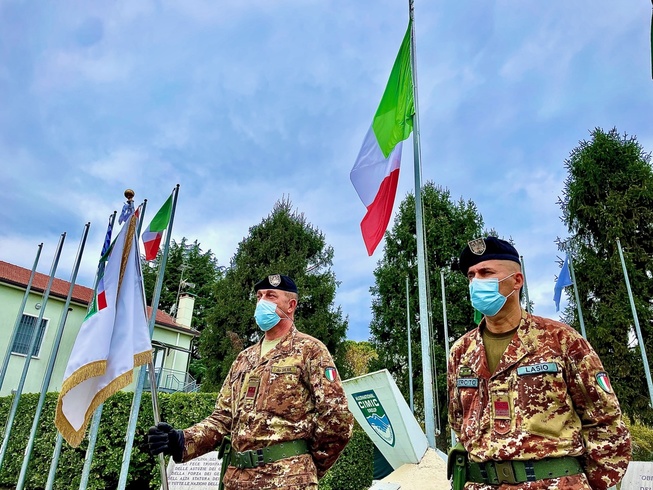 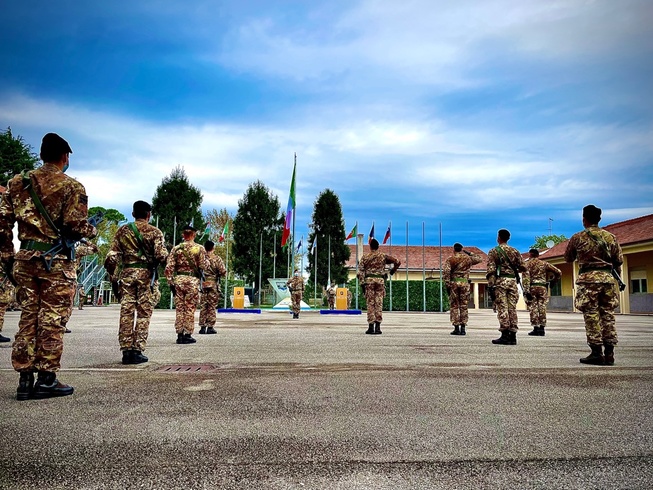 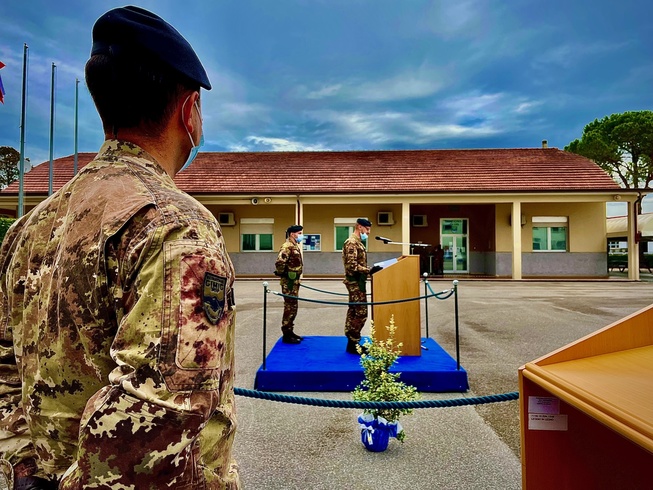 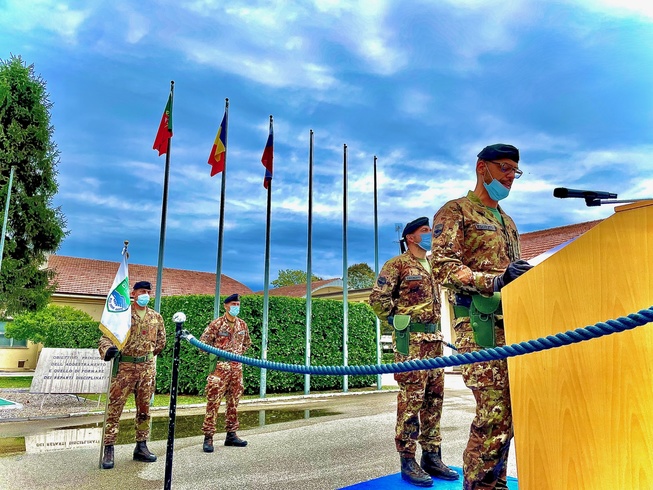 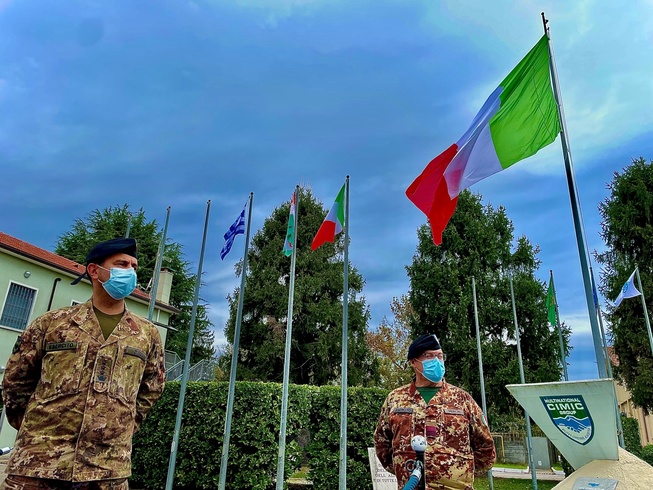 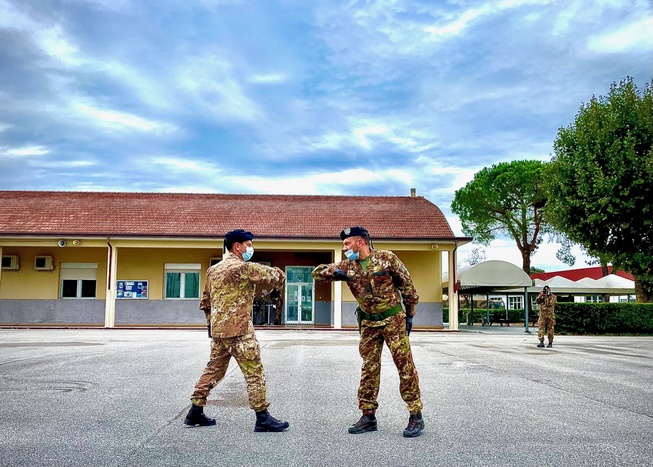 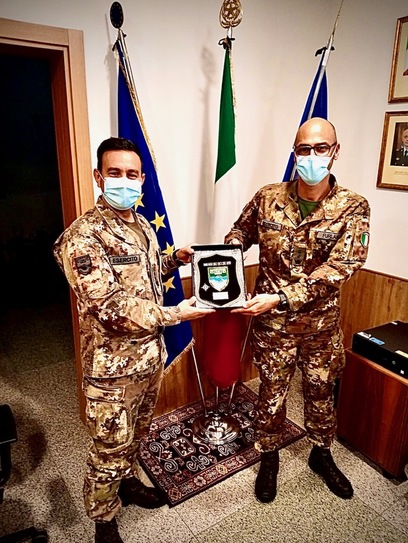 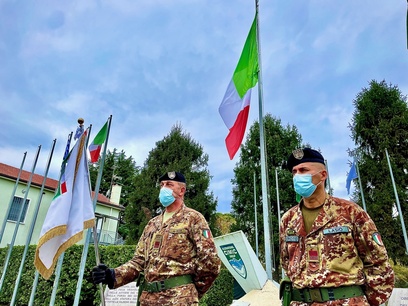 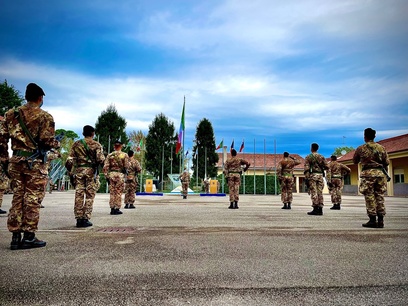 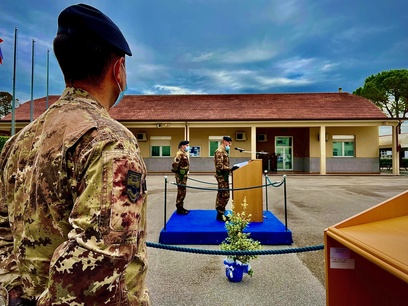 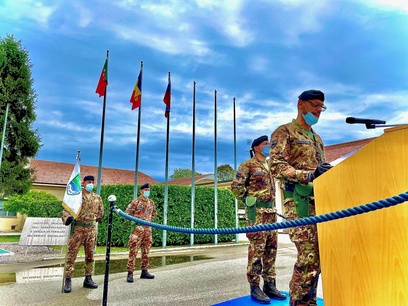 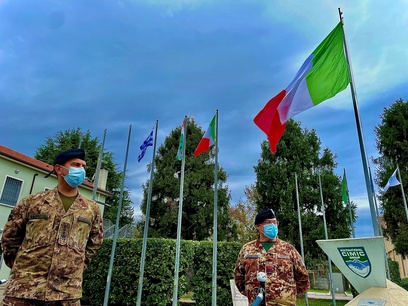 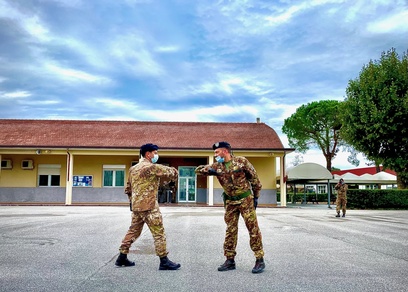