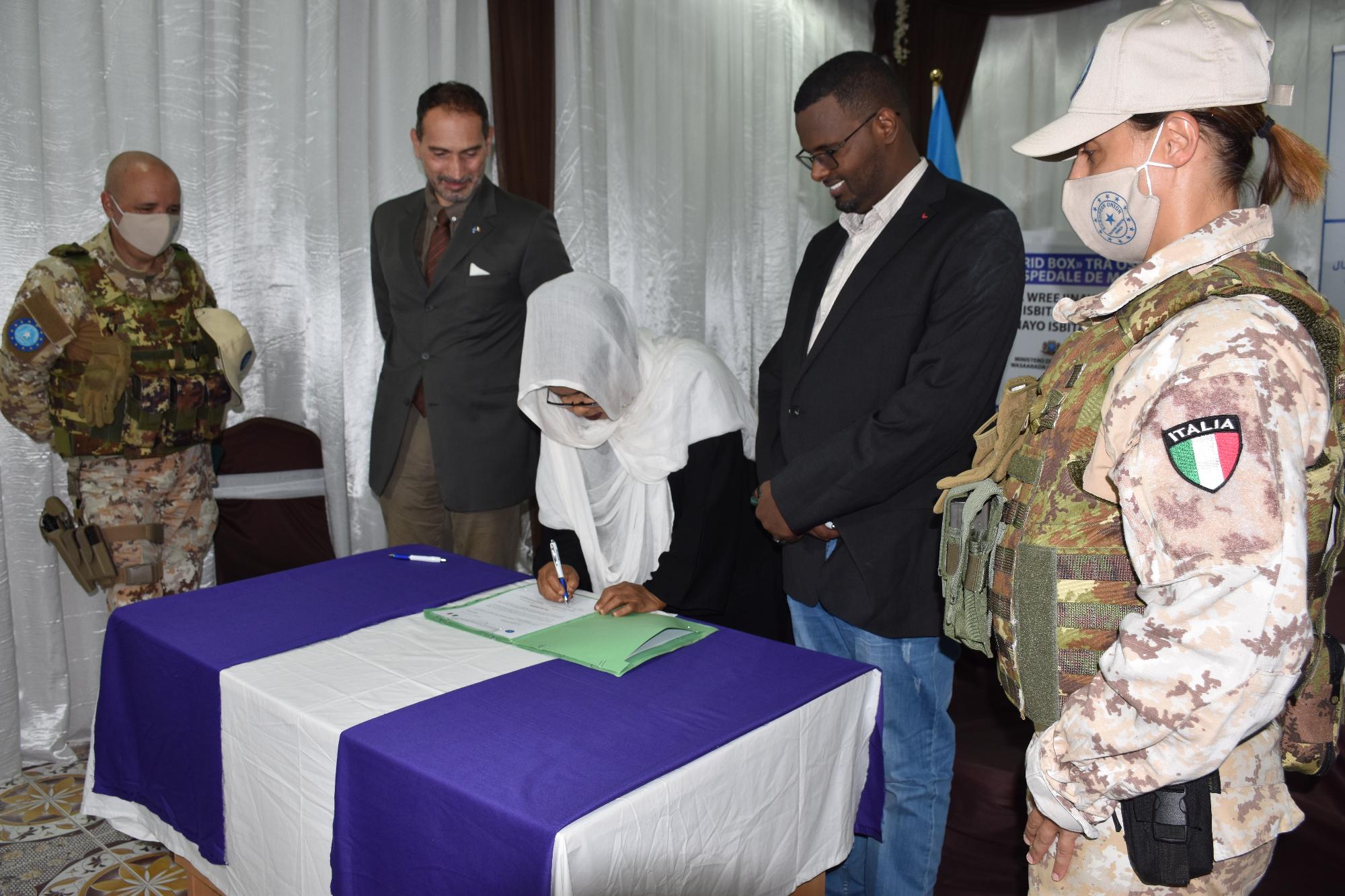 Somalia, December, 2021.
Somalia is facing numerous difficulties, one of these is represented by the third wave of COVID-19, but the country does not give up and continues to face the continuous challenges that arise head-on, with courage, determination and a great spirit of collaboration. An example is the Forlanini Hospital which, at the direct request of the Minister of Health, Dr. Fawziya Abikar Nor, handed over the Offgrid Box module (a module that contains a water purifier and an energy generator produced by solar panels), donated by CIMIC operators in 2020, in favor of the De Martino Hospital. In a scenario of great gratitude and appreciation expressed by the Ambassador of Italy, H.E. Alberto Vecchi, the hand over ceremony between the two hospitals in Mogadishu was held in recent weeks at the De Martino Hospital. Due to its importance for the Somali health sector, the project was developed from the beginning and then carried out by the Multinational CIMIC Group Operators which played the role of mediator between the two hospitals first and, subsequently, of direction in the movement of the module itself in a safety frame. This project will, in fact, allow the De Martino Hospital to have electricity and drinking water available to healthcare staff and patients, reducing management costs and allowing them to increase their receptivity. 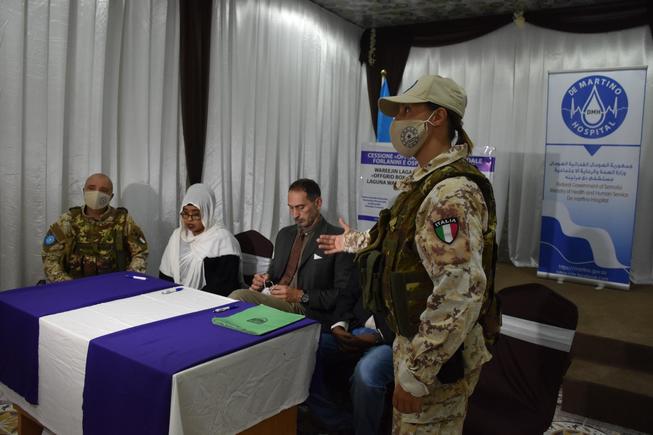 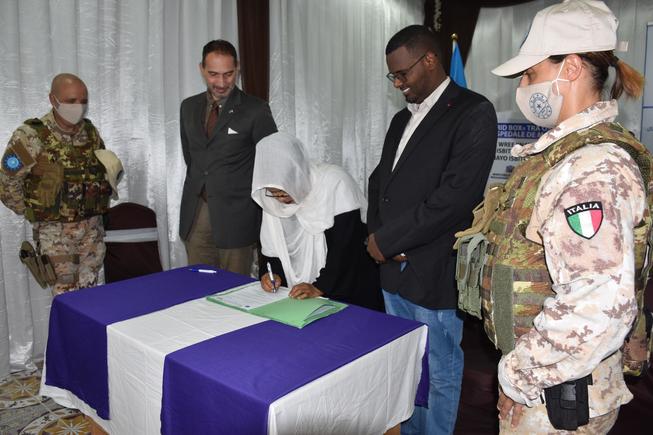 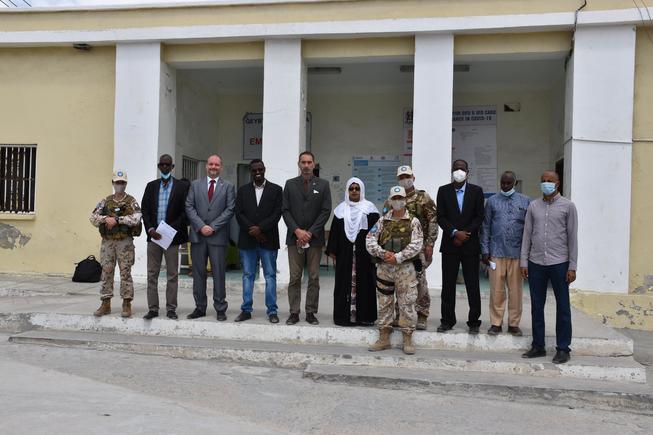 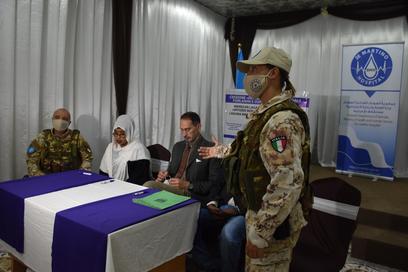 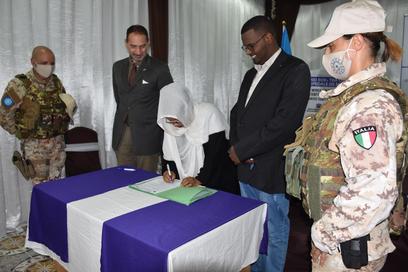 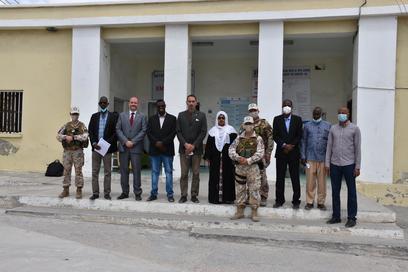