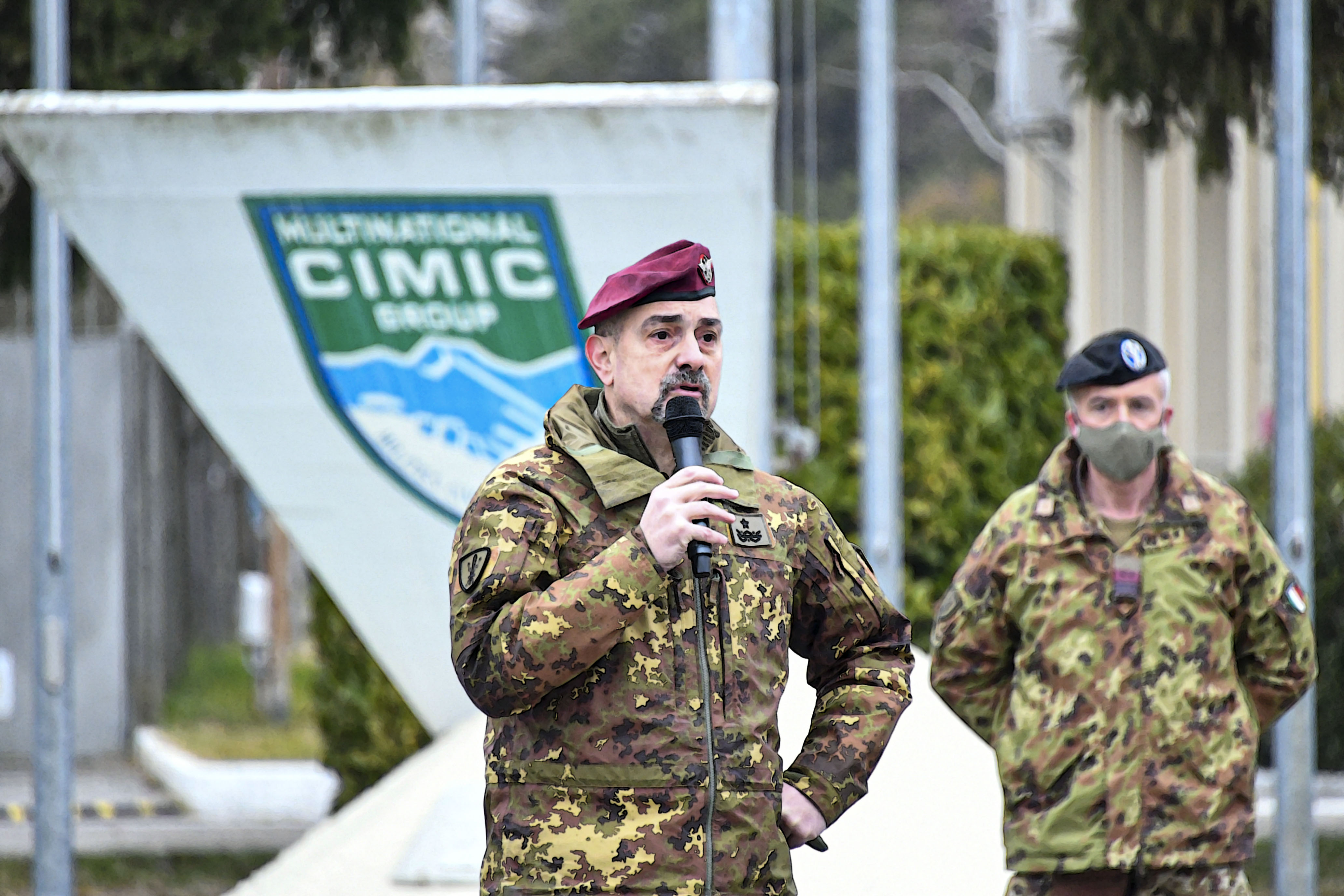 Motta di Livenza, February 10th, 2022.
On 10 February 2022 Brigadier General Maurizio Fronda, Commander of the new establishing Italian multidimensional maneuver Brigade, visited for the first time the Mario Fiore Barracks in Motta di Livenza, headquarters of the Multinational CIMIC Group (MNCG).
In fact, on January 1st, 2022, the Italian hierarchical dependence of the unit specialized in civil-military cooperation was changed.
After the welcome greetings, MNCG Commander, Colonel Mattia Zuzzi, accompanied General Fronda to the meeting room where, in the presence of the staff, presented a briefing on the multiple activities of the unit specifically speaking about those related to the NATO sphere, the international missions and to the national site.
At the end of the briefing, General Fronda had the opportunity to visit the infrastructure and to meet the personnel specialized in civil-military cooperation.
The visit was aimed at introducing the regiment to the General and to present him the expressed and expressible capabilities of the MNCG, which, just in 2022, celebrates twenty years since its establishment, which took place on January 1st, 2002, following the indications established in the NATO Force Goals depicted in the 1999 Strategic Concept.
The Multinational CIMIC Group Commander, actually, has a double value: he simultaneously holds the functions of Commander of the CIMIC regiment, with a purely Italian line, and the Commander of the MNCG Headquarters with a functional line that reports to the Coordinating Committee and to the Supreme Supreme Allied Commander Europe (SACEUR).
The unit, in fact, includes in its staff not only personnel from all the Armed Forces but also of different nationalities. In this regard, among the Contributing Nations, in addition to Italy, there are Greece, Portugal, Romania, Slovenia and Hungary.
"Training, professionalism and cultural growth must be the pillars of your actions, of your daily life...", concluded the visit General Fronda addressing CIMIC operators, after having affixed the ritual signature on the roll of honor "... because you represent an elite not only nationally but also internationally. Keep it up!" 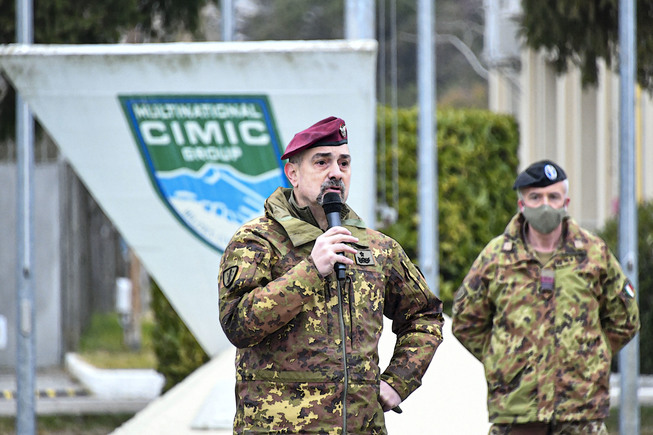 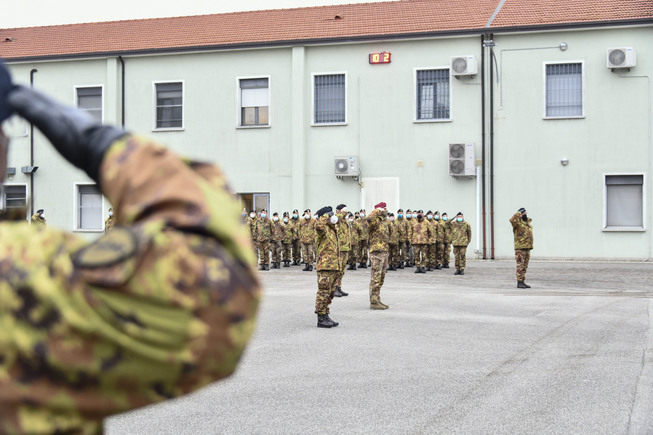 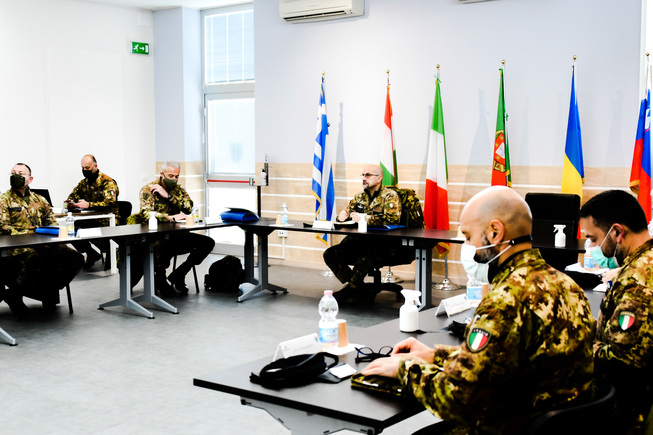 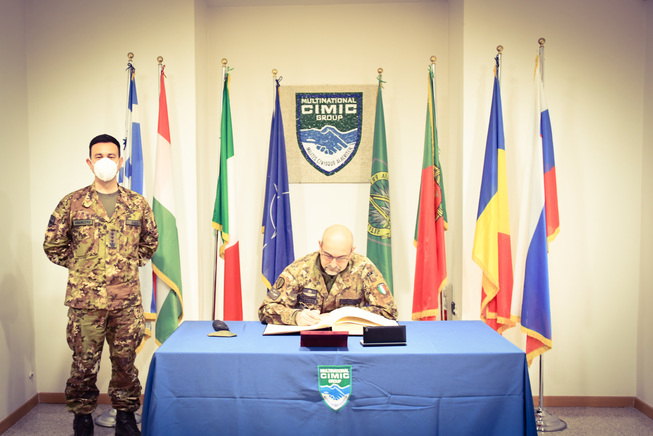 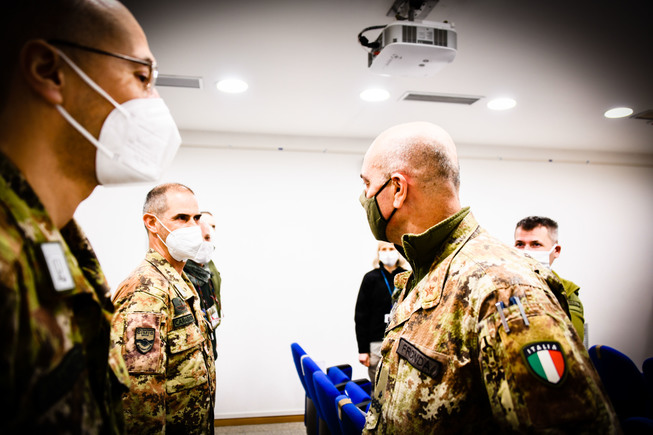 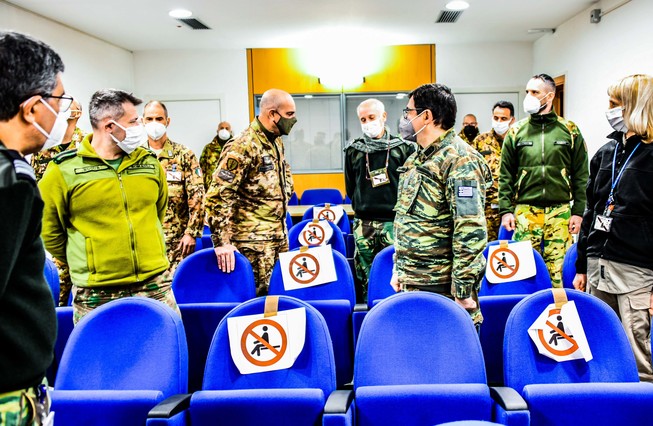 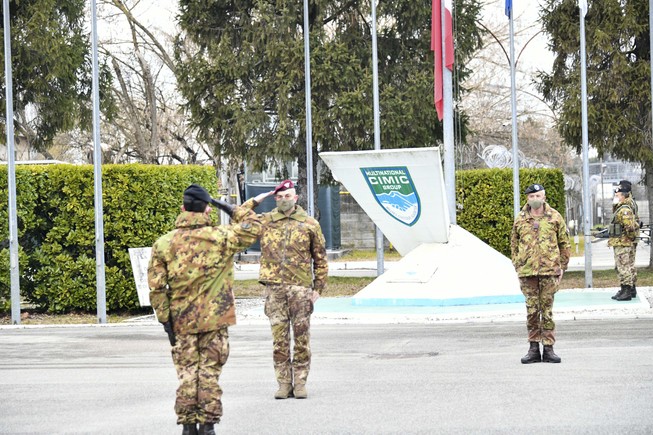 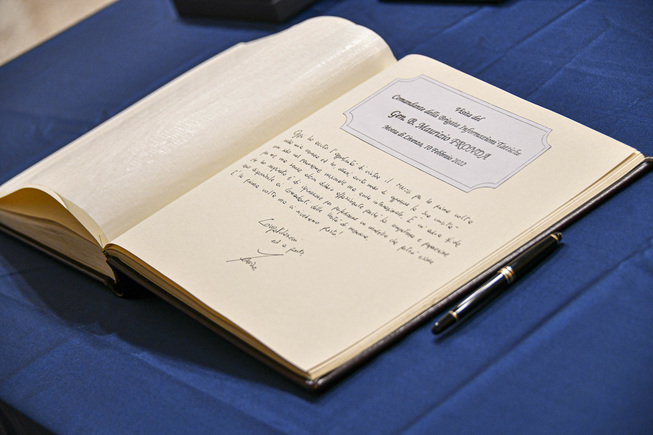 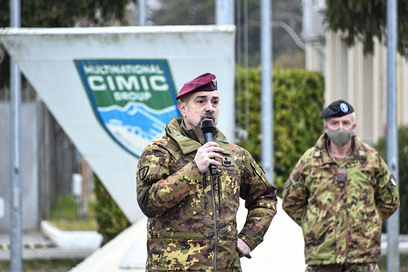 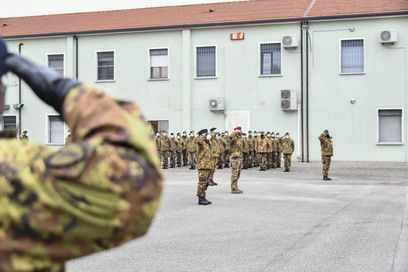 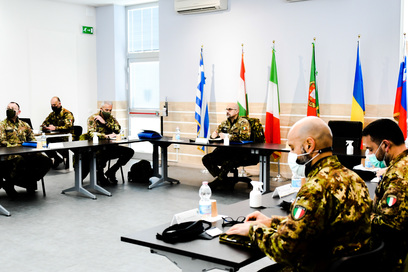 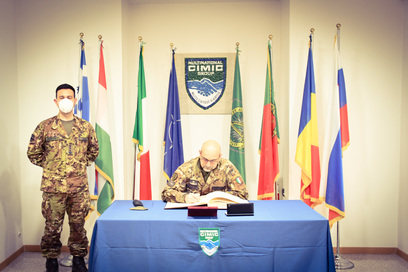 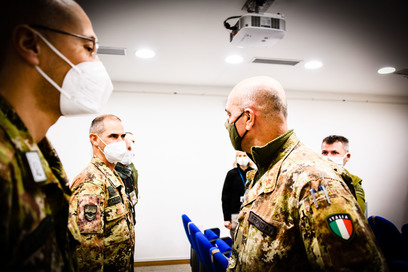 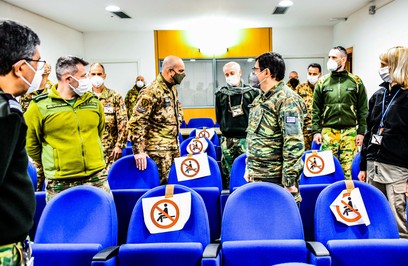 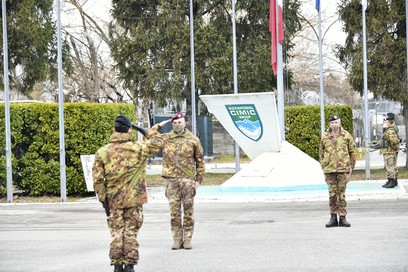 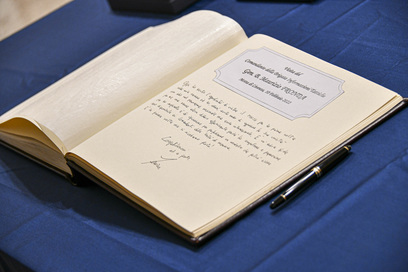