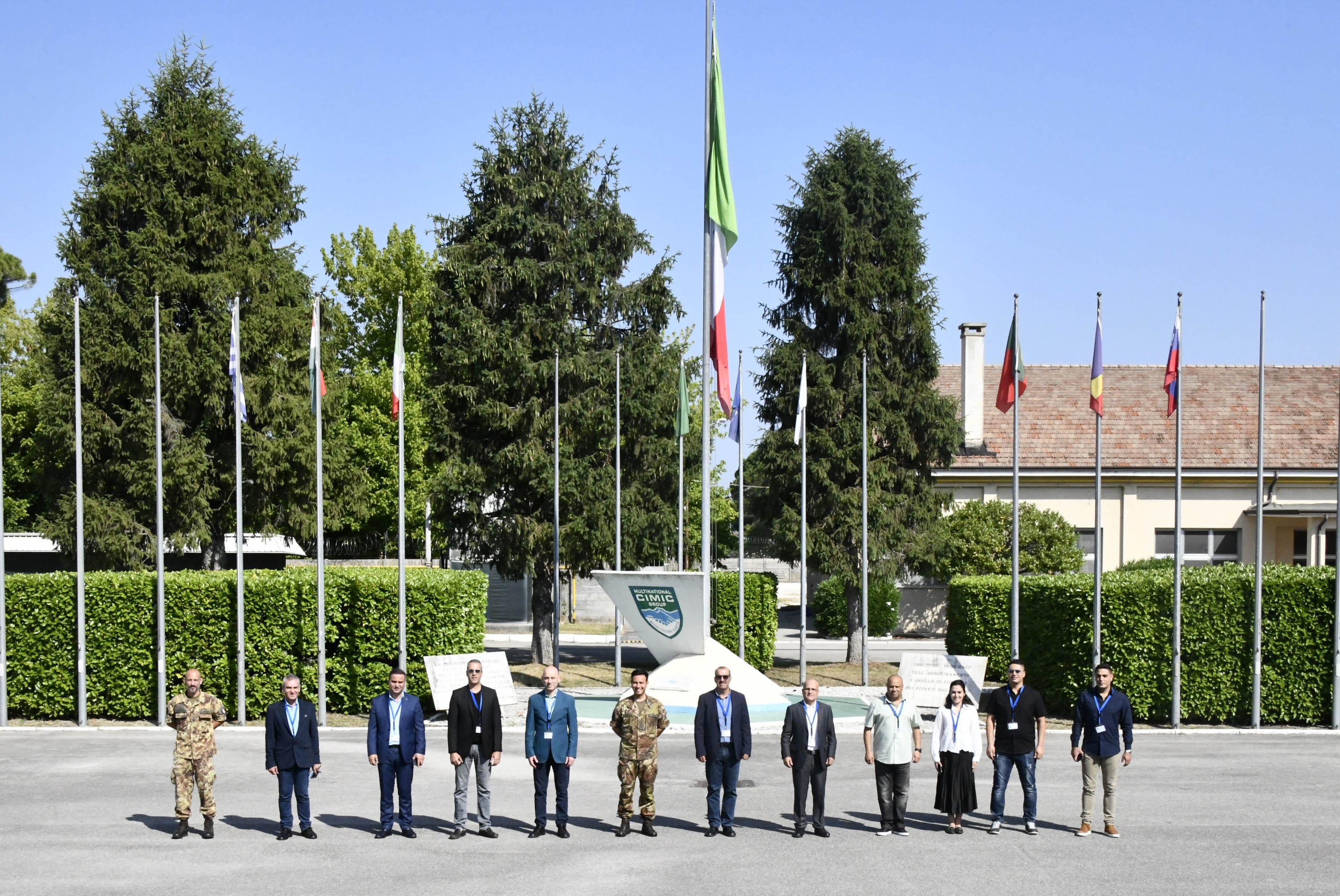 Motta di Livenza, June 20th, 2022.
On 20th June 2022, delegations from the International Center for Migration Policy Develpment (ICMPD) and the Lebanese Armed Forces (LAF), the Internal Security Forces (ISF) and the General Security (GS), visited “Mario Fiore” barracks, Multinational CIMIC Group (MNCG) headquarters, in order to identify further fields of integration in the context of civil-military cooperation.
In fact, the International Organization had reached an agreement in March 2021 which provided for the deployment of CIMIC operators to carry out training and consultancy activities in favor of the Lebanese Armed Forces and Police, as well as the Fire Brigade and the Ministry of Public Works and Transportation, on border management. The agreement, which was implemented through the use of an the Multinational CIMIC Group officer from over 8 months between 2021 and 2022, had the objective of supporting the border zones, in particular the areas of Akkar and Baalbeck, in order to re-establish and create more intense relationships with border security agencies and, therefore, to develop the "Strengthening Capability for Integrated Border Management in Lebanon (EU IBM Lebanon Phase 3)" project, funded by the Union European.
In particular, in the context of this partnership, the "study visit" had the objective of knowing the organization and integration of CIMIC capabilities within the Italian Armed Forces, understanding their value and sharing best practices and, in addition, appreciating the value of inter-agency collaboration and its effect in enhancing consensus and strengthening community response.
The Multinational CIMIC Group Commander, Colonel Mattia Zuzzi, after holding an introductory briefing on the capabilities that can be expressed by the unit, thanked ICMPD for the commitment showed in favor of the project and the Lebanese delegations for the active participation and collaboration put in place to reach the end state set by the international agreement. Afterwards the results of the project have been explained and treated by the Lebanese CIMIC Directorate Commander, Colonel Iyad El Alam, and by the ICMPD Responsible, Mrs Rania Skaine.
At the end of the visit, the head of the delegation, Brigadier General Ali Chraif, LAF Deputy Chief of Staff for Operations, thanked Multinational CIMIC Group personnel for their support, hoping for new future collaborations. 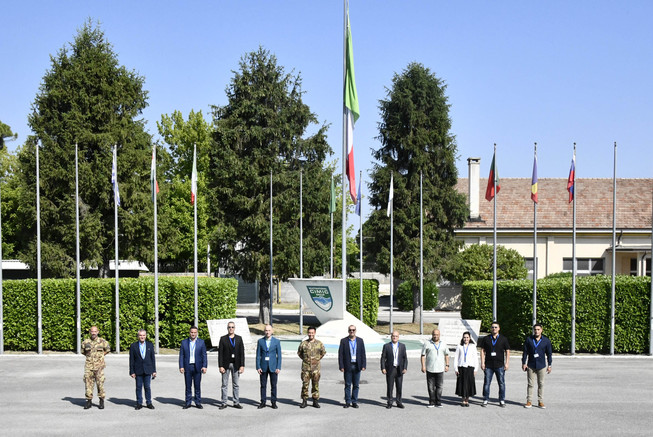 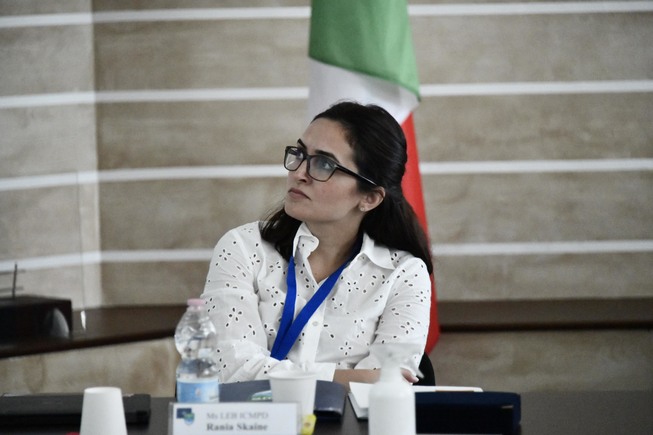 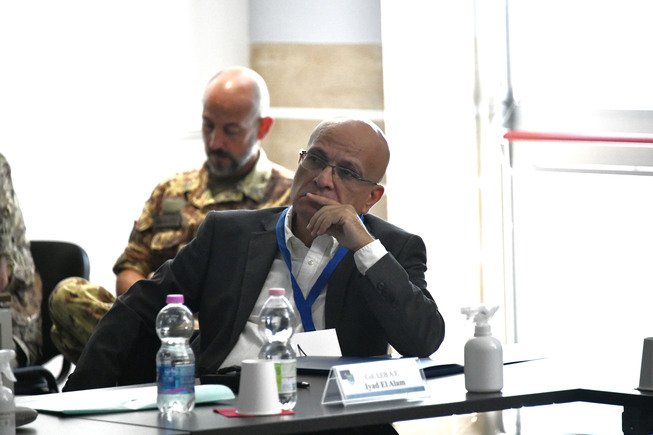 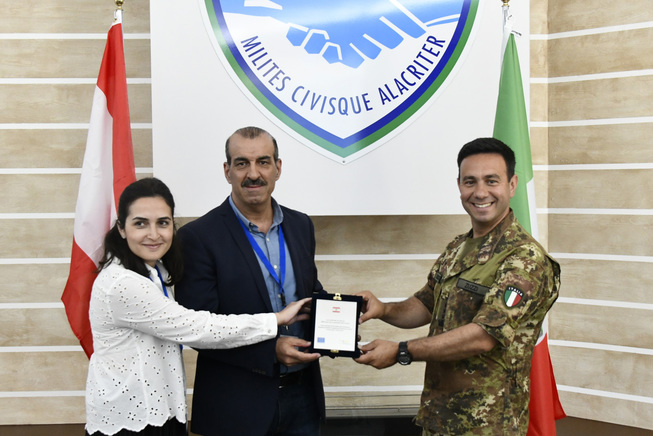 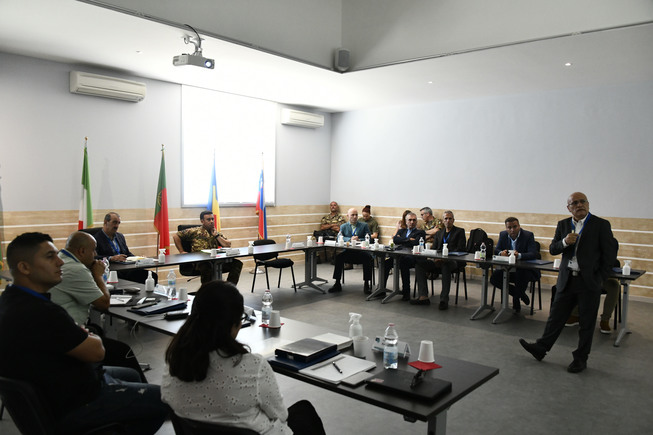 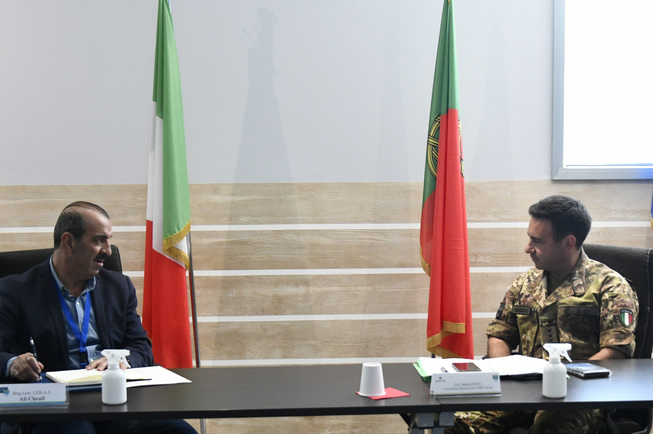 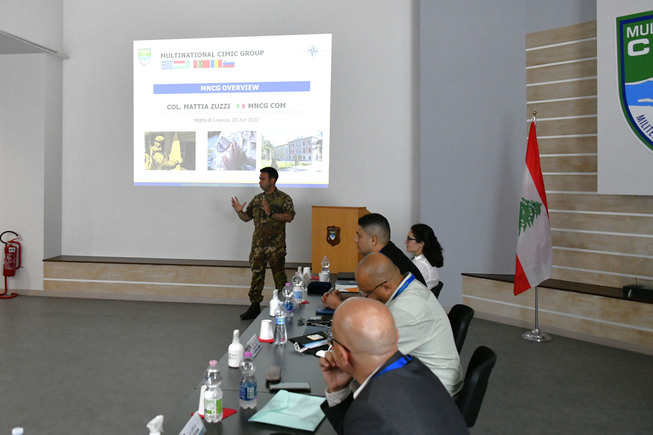 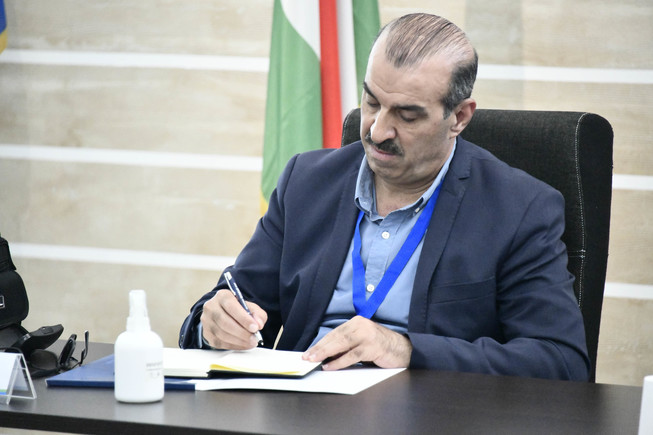 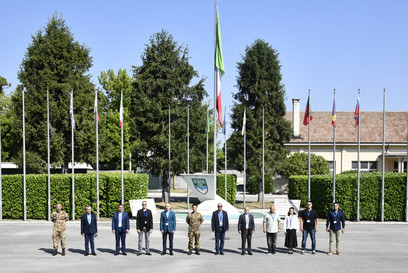 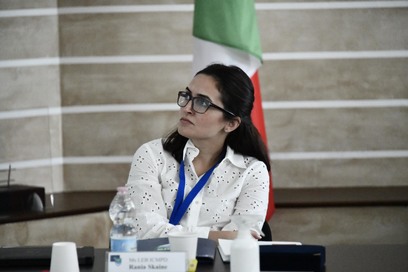 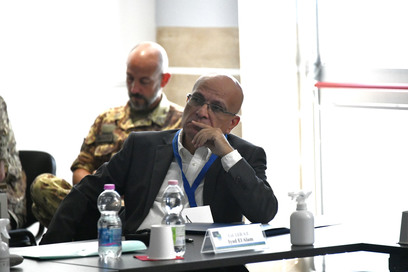 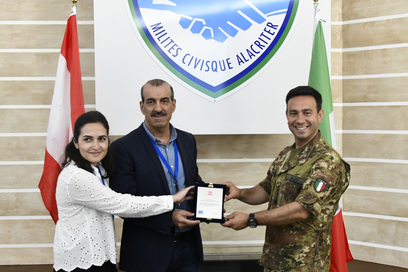 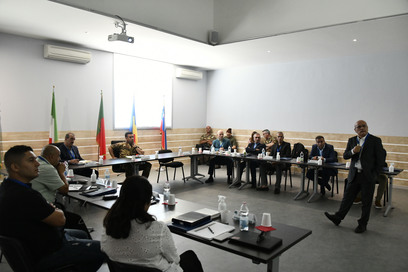 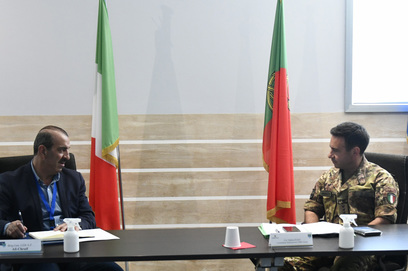 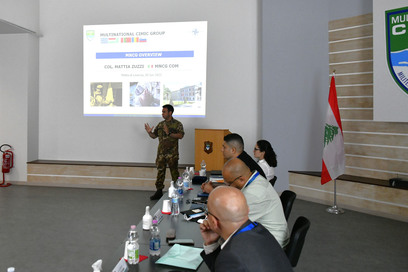 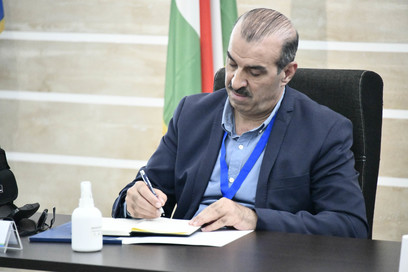